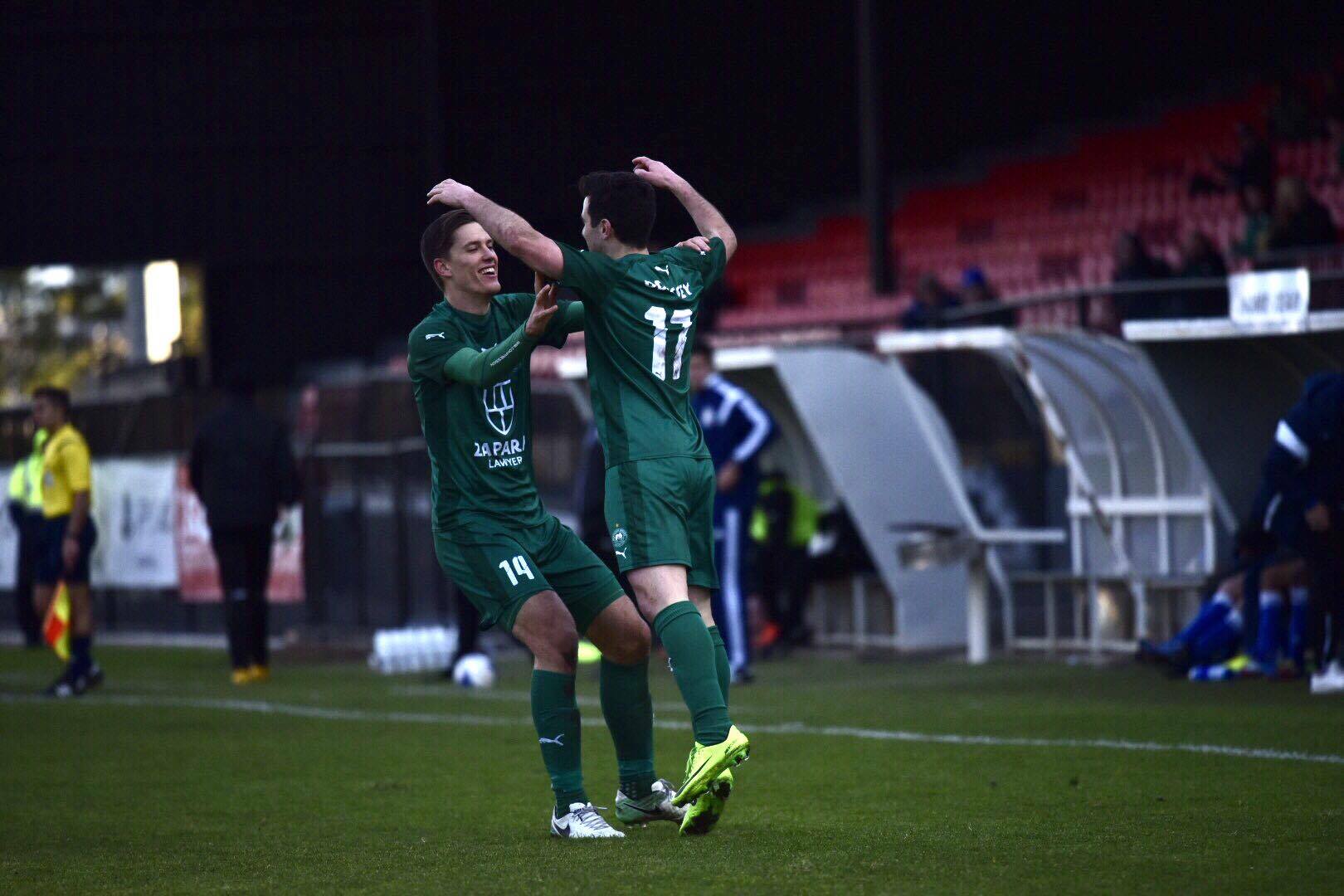 BENTLEIGH CONTINUED THEIR GOOD FORM WITH A 3-1 WIN OVER AVONDALE AT KNIGHTS STADIUM ON SATURDAY AFTERNOON.

The first half was a cagey affair with both sides struggling to deal with the wind and conditions.

Dimi Hatzimouratis had the best opportunity of the first half with Thurtell’s cross finding him free in the box, however he was unable to finish it.

The Greens asserted their authority in the second half with Matt Thurtell opening the scoring on 51 minutes after heading the ball to himself and passing it past Chris Olfield.

A late consolation goal from Evan Christodoulou on 89 minutes gave Avondale a slight chance, however Andy Brennan sealed the 3 points with the last kick of the game following another through ball.

After the match coach John Anastasiadis commented on the team’s ability to grind out an important 3 points in testing conditions.

“It was a scrappy game conditions where horrible… we took our chances in the second half and that was it.”

“A few of the boys a stepping up and its making it difficult for JA to pick a starting 11 which is good at this time of the year.”