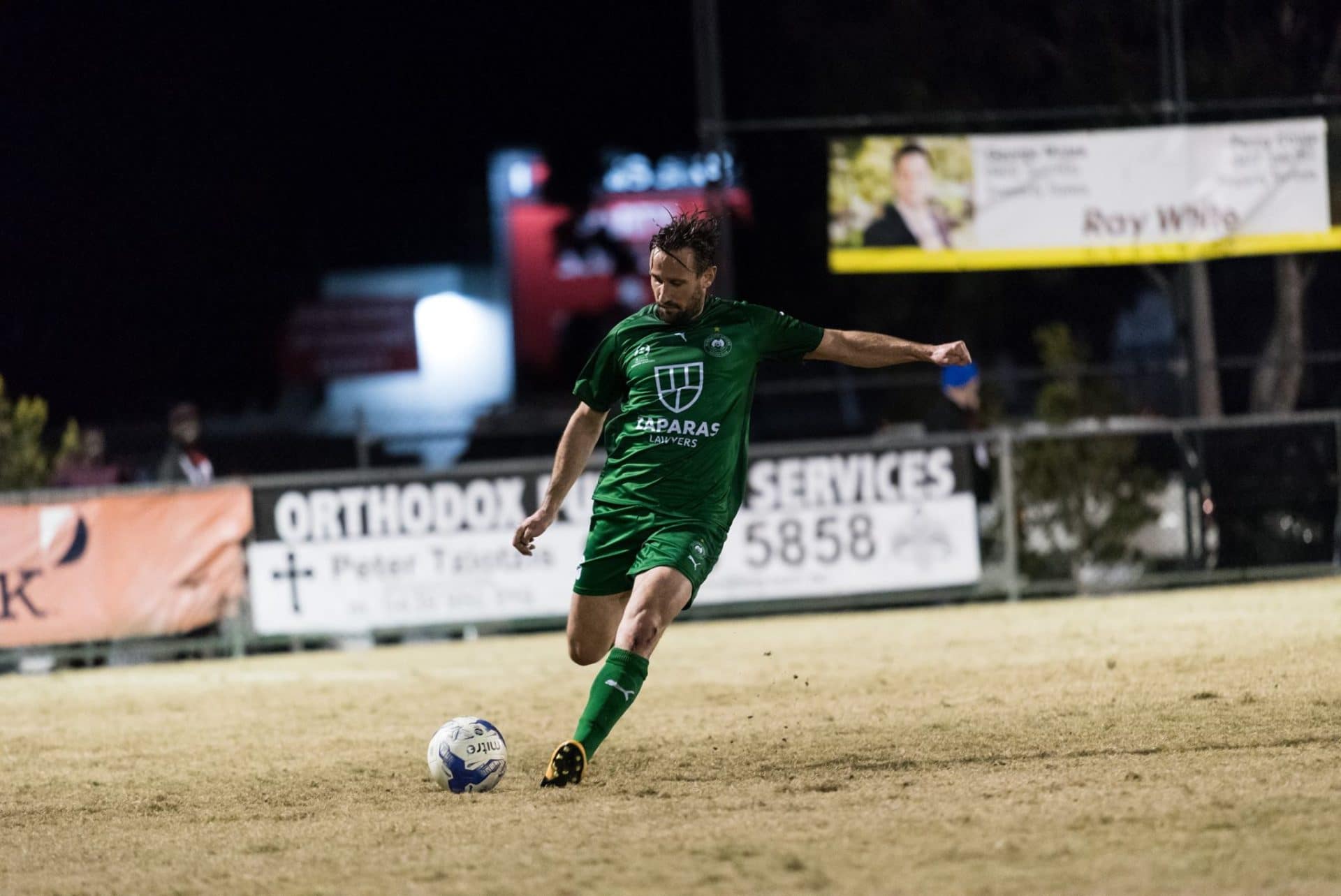 A disappointing first half performance saw the Greens go down 4-2 to Heidelberg at Kingston Heath on Friday Night.

The Heidelberg attackers took the game to the Greens, pushing the Bentleigh players onto the back foot early on.

As a result it was the Bergers who took a comanding 2-0 lead into the break with Kostas Kanakaris and Adrian Zahra scoring 2 goals within the space of 6 minutes.

The beginning of the second half did not begin well for the Greens with  Luke Pilkington getting a red card 6 minutes into the 2nd half.

However, the Greens managed to claw their way back to 2-2 with Matt Thurtell scoring on 54 and 62 minutes.

Despite finding their way back into the game, the ever dangerous Ken Athiu gave the Bergers the lead again 4 minutes later.

With the Greens having their chances to tie the game through the likes of Trent Clulow it was Ken Athiu who converted a penalty in the 93rd minute to ensure that Heidelberg would walk away with all 3 points.

“We only have ourselves to blame you can’t give Heidelberg 2 goals in the first half… if we don’t turn up and concentrate for the full 90 minutes you are going to lose the game.”