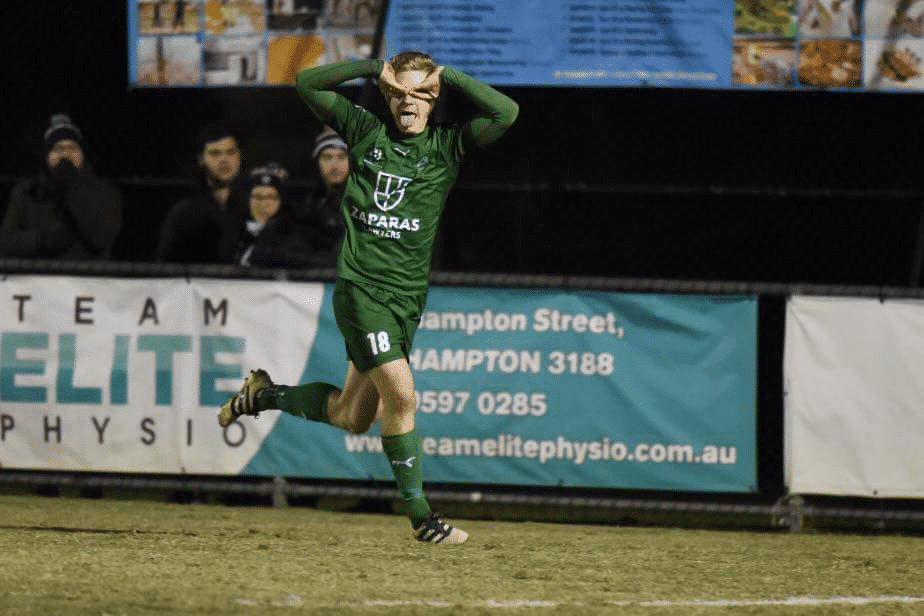 A second half hat-trick from Matt Thurtell gave Bentleigh an important 3-0 win against Kingston City at Kingston Heath Reserve.

After a promising opening, few minutes in which Matt Thurtell missed a golden opportunity to give the Greens an early lead, a Ryan Scott red card put the Greens on the back foot.

Substitute goalkeeper Jordan Gifkins came on for his first league appearance and Kingston looked to impose themselves with the man advantage.

As the half drew on it was Kingston who created the better chances through the likes of Makoii and Zwed threatening to unlock the Bentleigh defence.

However, it was Matt Thurtell who gave the 10 men Greens a lead on 55 minutes after Ross Honos short free kick to Trent found Matt Thurtell on the penalty spot.

Bentleigh continued to apply the pressure despite being down to 10 men and Thurtell once again managed to beat the offside trap with Honos playing a clever ball through the middle.

With the result looking more and more likely and the Greens looking to retain possession and close out the game Matt Thurtell sealed the result with his third goal after finishing over the top of Kile Kennedy in the Kingston goal.

Speaking after the match, Thurtell highlighted how the result can be used leading into the Dockerty Cup final against Heidelberg.

“The boys can take some really good confidence out of this, Heidelberg is a very strong outfit we can go out there enjoy ourselves and get another trophy for the club”

Bentleigh now turn their attention to Heidelberg in the Dockerty cup final at ABD stadium on Wednesday night. Kick off at 7:30pm.