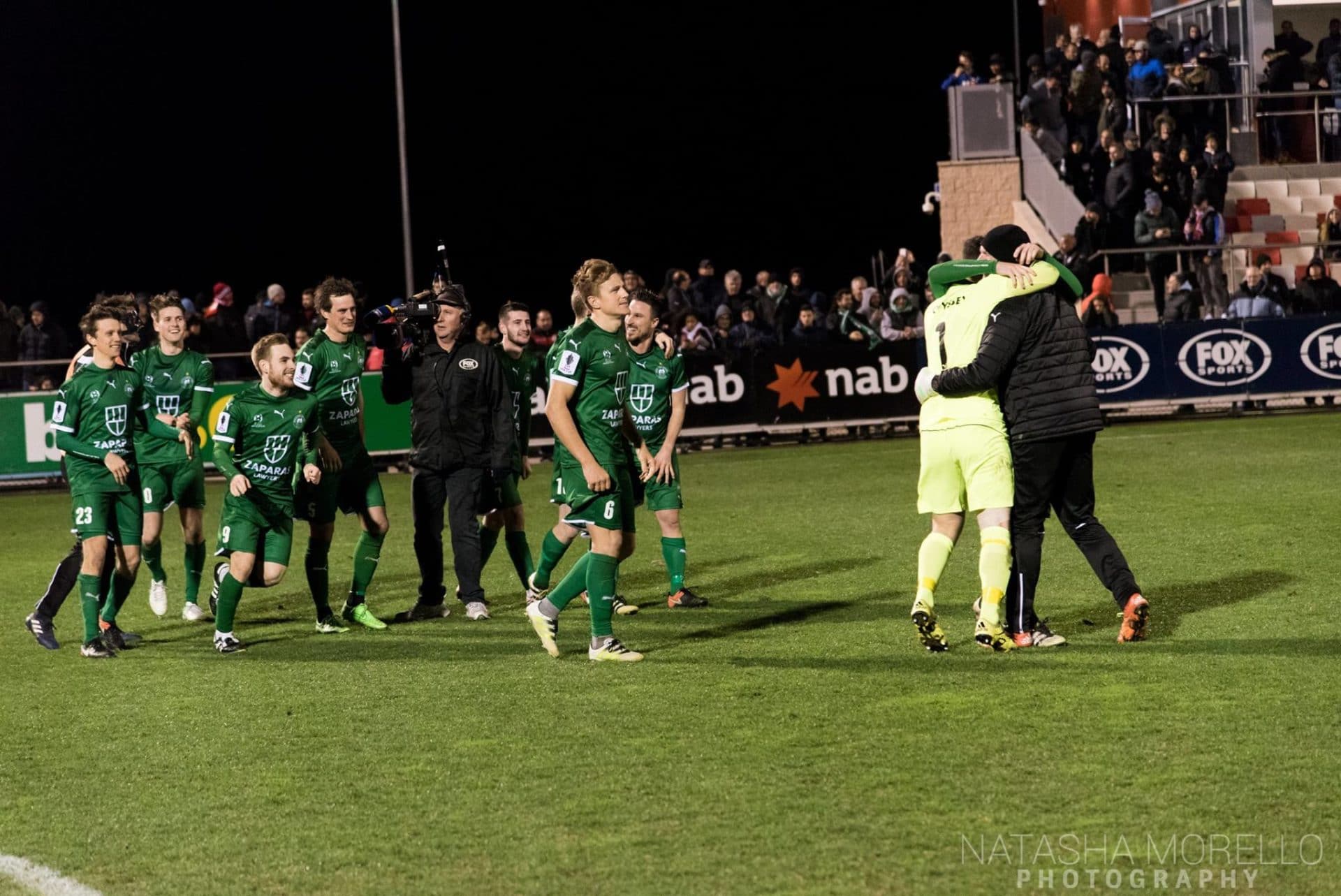 AFTER FINISHING ALL LEVEL AFTER 120 MINUTES, THE GREENS PROGRESSED TO THE ROUND OF 16 THANKS TO A PENALTY SHOOTOUT WIN OVER HUME CITY.

However, it was the Greens who opened the scoring with Tyson Holmes capitalising on a Michael Weier error.

The Greens continued to grow into the match with the likes of Trent Clulow and Kieran Dover combining strongly down the wings.

However, Hume were always looking dangerous on the counter attack with forward Liam Boland looking at shooting in any bit of space that was given to him.

The Greens looked to assert their dominance on the match in the second half but the ever-dangerous Hume struck next thanks to some Liam Boland brilliance.

Boland weaved his way through the midfield laying the ball to Jayden Prasad who made no mistake in equalising for Hume.

As the game drew on, the Greens looked more and more likely to strike with Hume seemingly running out of steam.

However, Trent Clulow’s defensive effort in the last minute of extra time ensured a penalty shootout would occur after a fast Hume City counter attack.

Bentleigh took control of the penalty shootout slotting all their four penalties while Hume missed their first two giving Greens a 3-1 advantage.

Ross Honos then stepped up and calmly placed the ball into the back of the net sending the Greens into the next round where they’ll face A-League powerhouse Western Sydney Wanderers after the draw was conducted at full time.

Speaking after the match goal scorer Tyson Holmes spoke about coming up against the Wanderers in the next round.

“We love playing A-League opposition, they are one of the biggest clubs in the competition… it will be good to get them in Melbourne”

Bentleigh’s next game is against South Melbourne at Lakeside stadium on Sunday the 13th, kick off 4:00pm.