Greens bow out of FFA Cup after Wanderers battle

Home » Greens bow out of FFA Cup after Wanderers battle 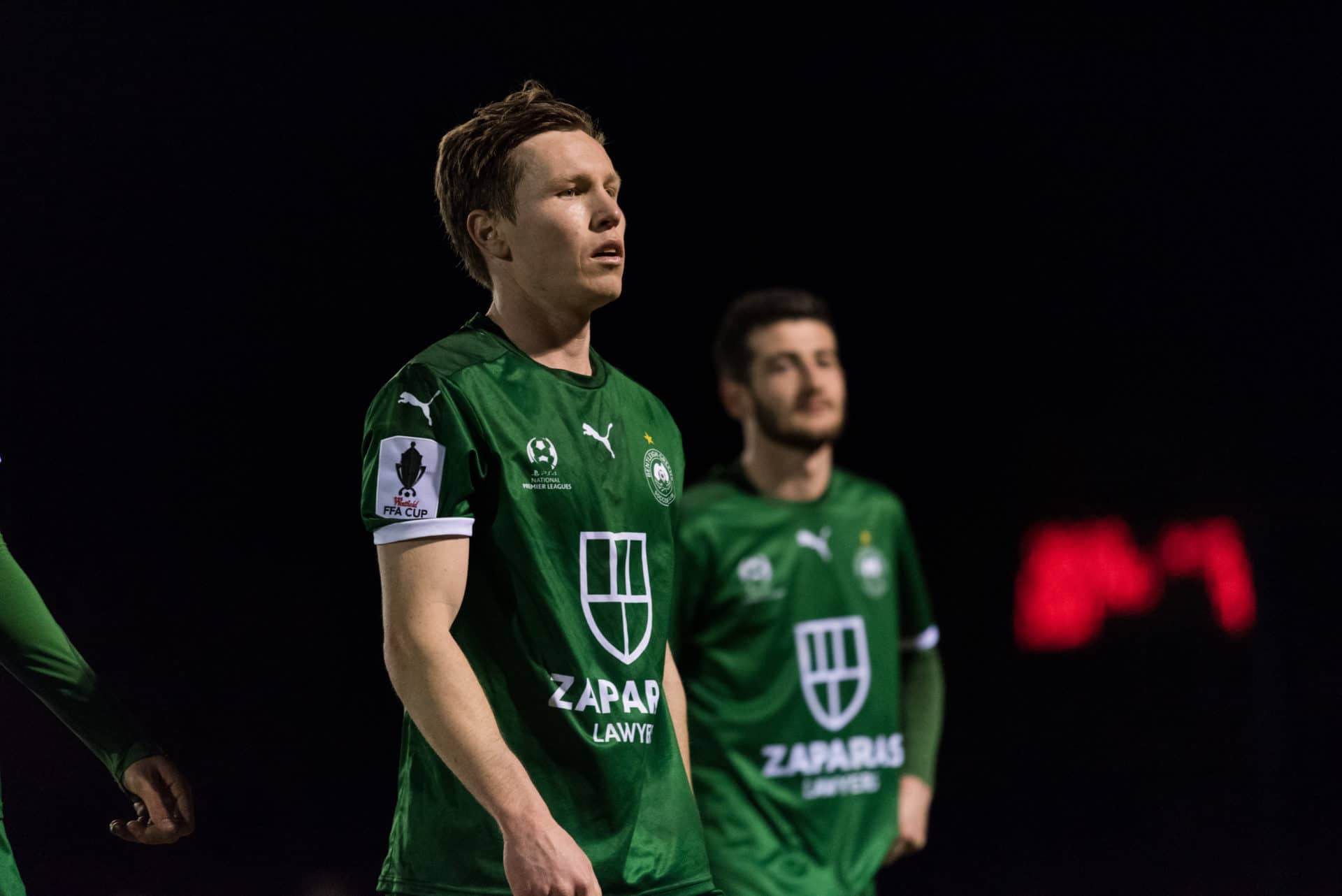 The Bentleigh Greens have been eliminated from the FFA Cup after falling 4-0 to A-League Side Western Sydney Wanderers at Kingston Heath on Tuesday night.

The Greens started on the front foot creating several good openings in the first 10 minutes.

However, it was the Wanderers who opened the scoring through their skipper Robbie Cornthwaite who tapped in the ball at the back post following Jumpei’s cross from a quick free kick.

The Wanderers continued to push the Greens with Ryan Scott pulling off a close range save from Jaushua Sotirio’s follow up shot.

When the Wanderers struck through Oriol Riera on 53 minutes, the quality of the A-League side looked to have finally broken the Greens.

A brief reprise was awarded to the Greens after Riera missed a penalty only several minutes later.

However, the Greens could not make it count, with the Wanderers adding a further 2 goals in the final 12 minutes of the match through Steve Lustica and Mark Bridge.

Speaking after the game Coach John Anastasiadis spoke of his side’s disappointment in falling to A-League opposition again.

“Its just moments we have to be better in that’s what the A-League teams have been much better than us in.”

The season continues for the Greens on Friday Night in the Semi Final at Lakeside Stadium against South Melbourne.

“We’ve got to refocus for a semi final to get into a final, its going to be a very tough game against South Melbourne.”