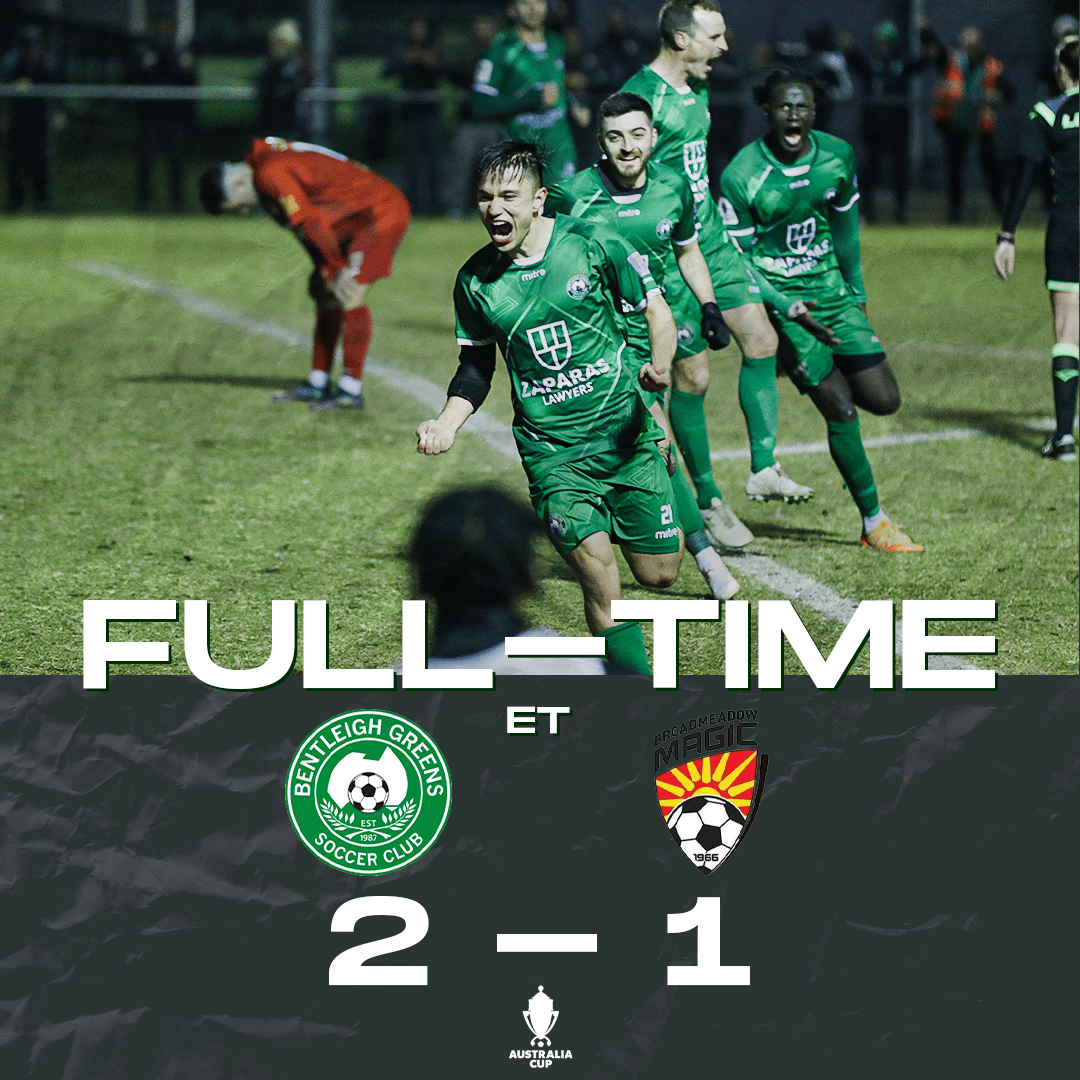 Ken Krolicki proved the hero as the Bentleigh Greens secured passage to the Australia Cup Round of 16 in the most dramatic of fashion, defeating Broadmeadow Magic 2-1 after extra-time.

The Japanese American midfielder proved the saviour, popping up at the right place at the perfect time to sweep home the ball from close range past the hugely impressive Zac Bowling in the Magic goal.

The teenage goalkeeper had left the Greens frustrated for the vast majority of the game, having been called upon from the bench after just 22 minutes to replace the injured number one, Ben McNamara.

In the end, the unfortunate injury to McNamara proved one of the key moments of the game, with Bowling coming to the rescue of the Magic countless times throughout the night.

After a tight and tense opening 30 minutes, George Lambadaridis broke the deadlock with a finish from close range following a scramble in the box to put the home side 1-0 up.

The response from Magic was instant, however, with the Northern New South Wales side hitting back within seconds when Jacob Dowse was released through the middle of the park courtesy of a delightful ball from midfield, racing in on goal and coolly slotting home past Piece Clark.

The Greens went close to scoring three times in the remainder of the half but saw their efforts cleared off the line or saved by Bowling, who quickly showed signs of his incredible quality to ensure the sides went into the break level.

The two sides traded blows in an exciting second half, with both sides spurning golden opportunities.

The best chance of the half – and perhaps the game – fell to Magic after 58 minutes, when they conspired to miss from inside the six-yard boss, hammering the ball into the crossbar when it seemed impossible to miss.

At the other end, Bowling denied Labadaridis, whilst Ajak Riak and Jack Painter-Andrews both missed the target.

The best save, however, came in the 94th minute, when Tom Strickland stung Bowling’s fingers with a fierce effort that the teen keeper somehow tipped onto the crossbar.

Consigned to an extra 30 minutes of football, the Greens looked to press on and find the winner.

In extra-time, Bowling would make great saves to deny Riak, Krolicki and Strickland.

The final chance fell to Krolicki, however, and there was simply no missing from inside the six-yard box.

The substitute midfielder delivered the telling blow, sending the Greens to the Round of 16 in the process.

The Greens now face a short turnaround time ahead of Monday night’s clash with Oakleigh Cannons in a crucial NPLV fixture at Kingston Heath on Monday night.