The under 14 boys had a draw against Northcote 2-2.

The under 15 boys had a good 4-0 win over Moreland Zebras.
The boys were under pressure, losing four key players before the game, and another to injury 30 seconds into the game.
Moreland used their intimidating size to hold Bentleigh at bay at first, but to no avail as the Greens drove up the wings to great success.
Moreland were never able to contain Bentleigh, as they were beaten for pace on multiple occasions. 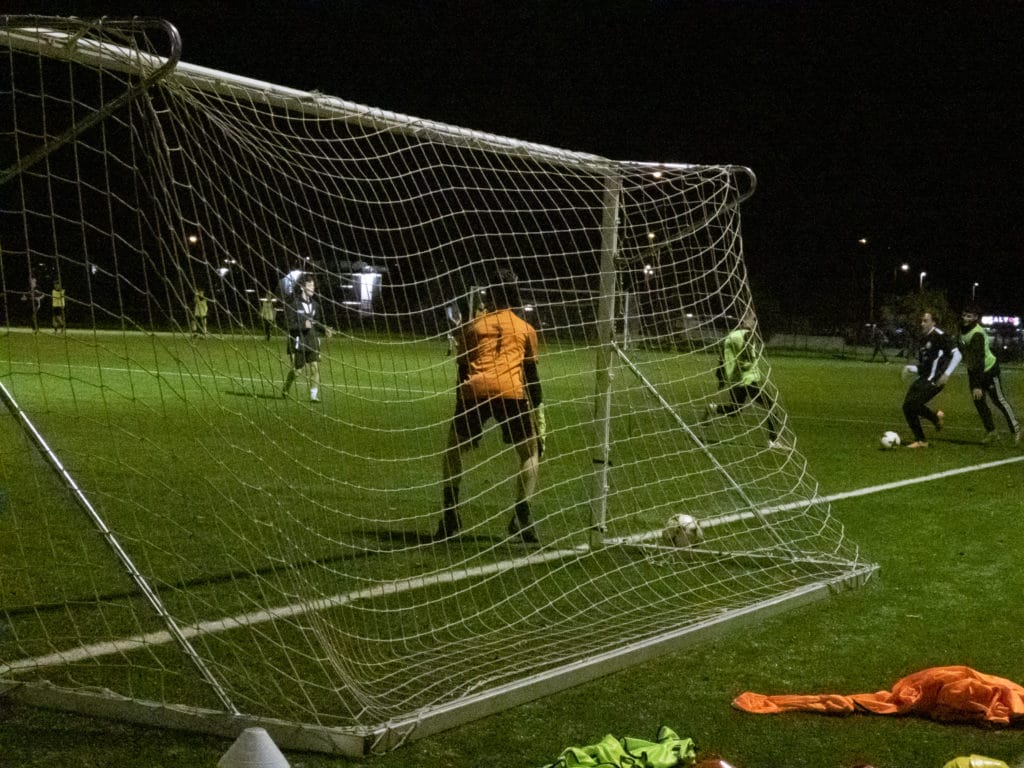 The under 16 boys went down to a clinical Melbourne City 4-1.
The boys had multiple chances, but couldn’t convert to the disappointment of Coach Kosta.
Whilst City are without doubt a highly skilled academy, the boys had a greater number of chances, but weren’t able to find the net on more than one occasion.
The Greens attempted to savour a result, scoring to bring the score to 3-1, yet City were too solid to allow any further Bentleigh momentum.

The under 17 boys slogged their way through to a gusty 4-3 win over Pascoe vale.
The boys came up against an aggressive Pascoe Vale side, in their pressing and their tackles, which challenged the character of the squad according to coach Chris.
Bentleigh took the lead late, as the deadlock was broken from a free kick with the last kick of the half.
The boys went on to maintain control of the game, despite conceding a late goal. 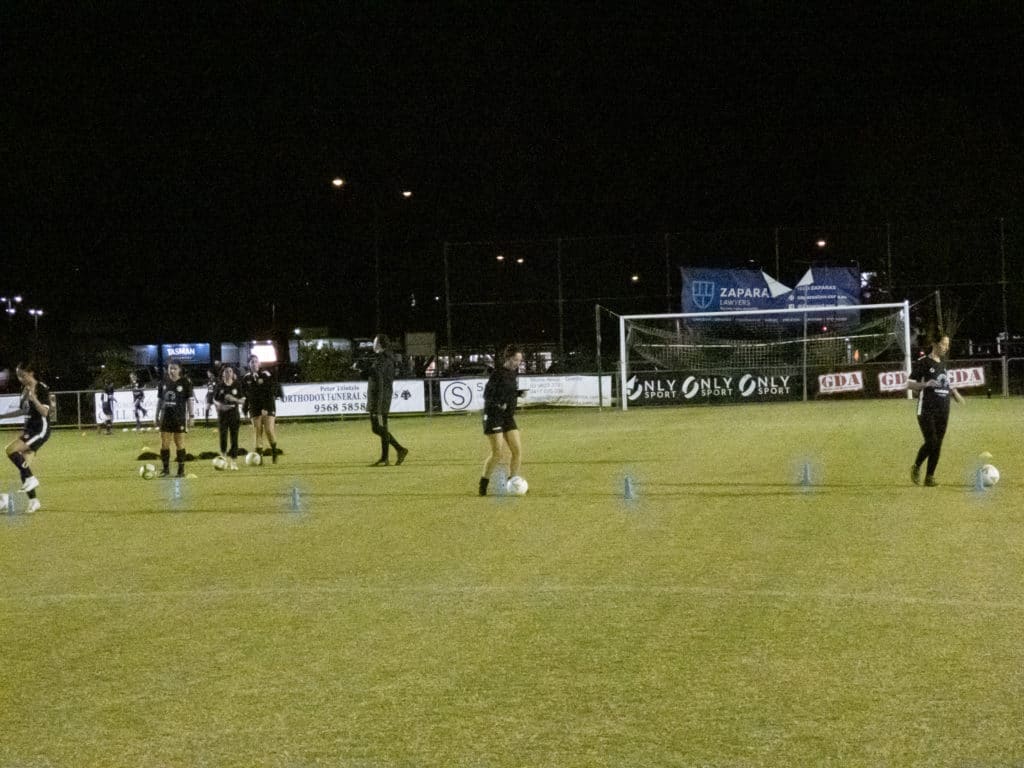 The under 14 girls had a great win over 6-0 over Casey.
Coach Billy could not pick a standout player, as he believed “all the girls were on fire”.
After absorbing Casey’s pressure, the girls were dangerous on the counter to lead 2-0 at half time.
In training, the girls had been working on their defensive pressure and winning back the ball, which lead to a lot of chances on Sunday.
The girls have also started to become prominent from scoring from set pieces and crosses in open play.

The under 16-17Bs had frustrating draw against Peninsula Strikers 2-2.
On a smaller sized pitch, the girls had to adapt and adjust their game plan to suit their style.
Coach Anthea had a focus on defending, as the girls are yet to have a clean sheet.

The girls were instructed to focus on moving the ball quickly out of defence, ensuring their speed on the wings would make the most of the pitch size. 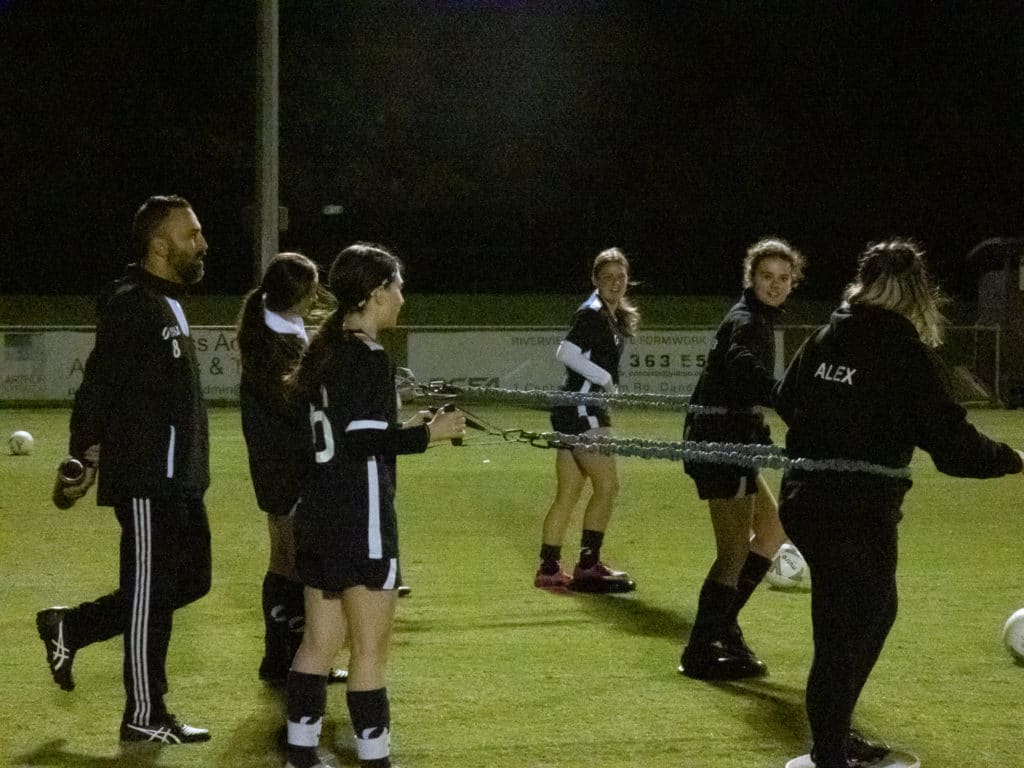 The under 16-17As had a frustrating draw to Elwood 1-1.
Without any players on the bench, the girls’ fitness was challenged against a tough side. After converting a penalty and taking the lead into half time, the girls continued to attack and add to their goal difference.
Yet their commitment to playing aggressive attacking football led to a devastating counter, as Elwood drew level late.

The under 19 girls had an exhilarating win away over ladder leaders Faulkner Park 3-2.
Up against a high scoring side, coach Frank threw a spare defender back to ensure the girls did not concede early. The restructure worked as the girls stayed in the game.
In the remaining five minutes, the girls found another gear and scored the match winner to put themselves 3rd on goal difference. 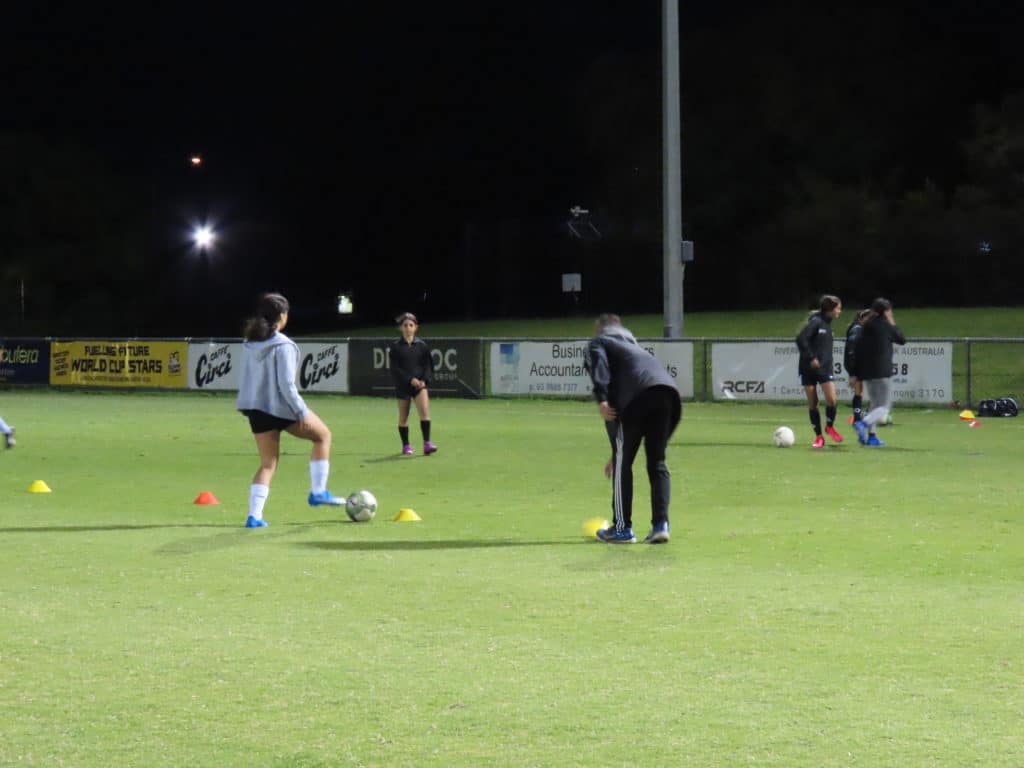 Our entire girls cohort participated in a fitness and skills session, lead by our technical director Facundo.
Players were divided into different groups and got to work with all four coaches, as well as Facundo.
The opportunity to bring the girls together, and try some new exercises was great way to break up your traditional training schedule.