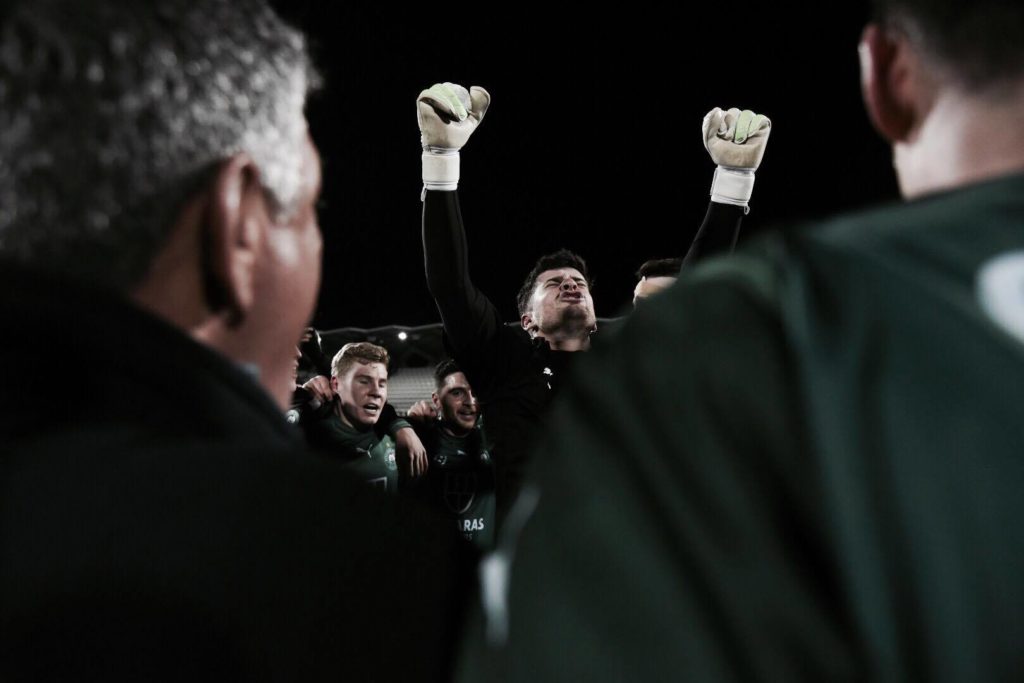 The Bentleigh Greens are delighted to announce that goalkeeper Ryan Scott has re-signed for the 2018 Season.

Since arriving at Kingston Heath in 2015, Scott has helped the Greens to two championships, a premiership and a Dockerty Cup.

“I’m very happy to re-sign for next season,” Scott said.

“Next year will be my fourth year with the club and there is no doubt that success will again be on the agenda.”

The 2017 season was a particularly memorable campaign which included 28 appearances as well as the Jimmy Rooney Medal for a man of the match performance in the Grand Final over Heidelberg.

Greens coach John Anastasiadis spoke of his delight of having Scott sign on for 2018.

“It is great to see Ryan signing again with Bentleigh.”

“He has had a great year and we believe Ryan, with hard work and belief can get better and better at our club.”

For Ryan, one of the key factors in his decision has been the faith shown to him by Anastasiadis.

“JA has shown faith in me since I first arrived at Bentleigh, I love playing for him and I know we can add more trophies to the cabinet in 2018.”

It caps off a brilliant month for the Bentleigh number one after playing a pivotal role in the club’s winning finals campaign.