Bentleigh bounce back with crucial win 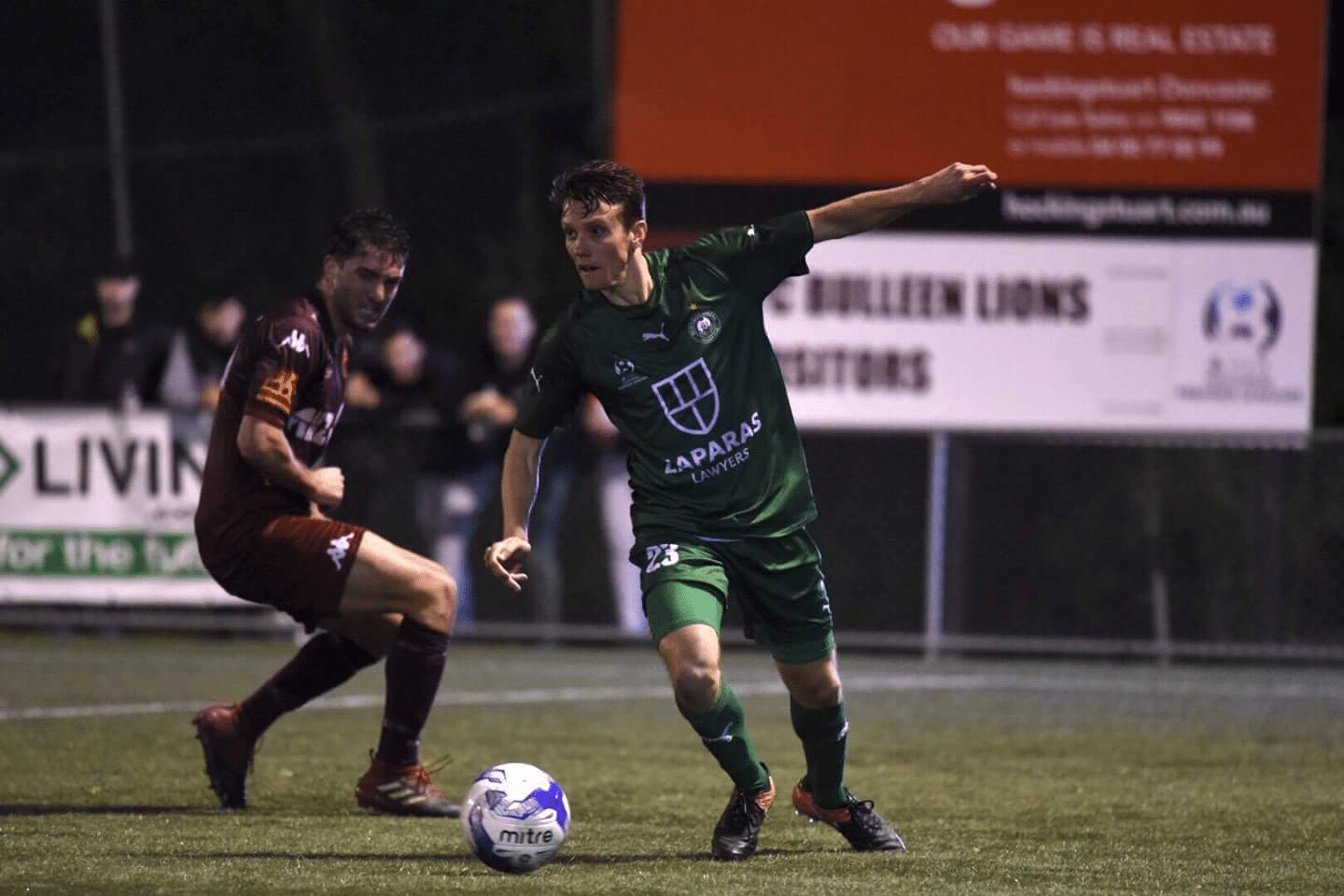 Five days on from the heartbreak of losing the Dockerty Cup Final, the Greens recorded a crucial 2-0 win over Bulleen at David Barro stadium on Monday night.

Bentleigh took charge in the early moments when Andy Brennan managed to whip in a dangerous cross to Kieran Dover at the back post who cut it back to midfielder Trent Clulow, tucking it away on his left to make it 1-0.

The Greens continued to take charge of the match mainly through the midfield and through Brennan who tormented the Bulleen defence for much of the night playing on the right side of a three-pronged attack.

Clulow had a chance for a first half brace just before the break after being teed up by Luke Pilkington but his shot rocketed into the post from close range.

The second half continued in the same way with the Greens continuing to hunt for a second goal.

Dimi Hatzimouratis then pounced on a Bulleen defensive error to double the lead with his third goal in four games.

The rest of the match continued in the same manner with chances falling to the likes of Brennan who hit the crossbar, however the score remained at 2-0 to the Greens.

Watch the full recap of the game including the post-match reaction from Trent Clulow and John Anastasiadis below.

Speaking after the match Clulow commented on his impressive form at the right end of the season.

“The last few weeks I’ve been pretty good, I think I’ve got a bit more to give but its good to be involved in the front third and hopefully at the business end of the season we can keep it going.”

Bentleigh now turn their attention to Port Melbourne on Friday night at Kingston Heath Reserve, kick off at 8:15 pm.