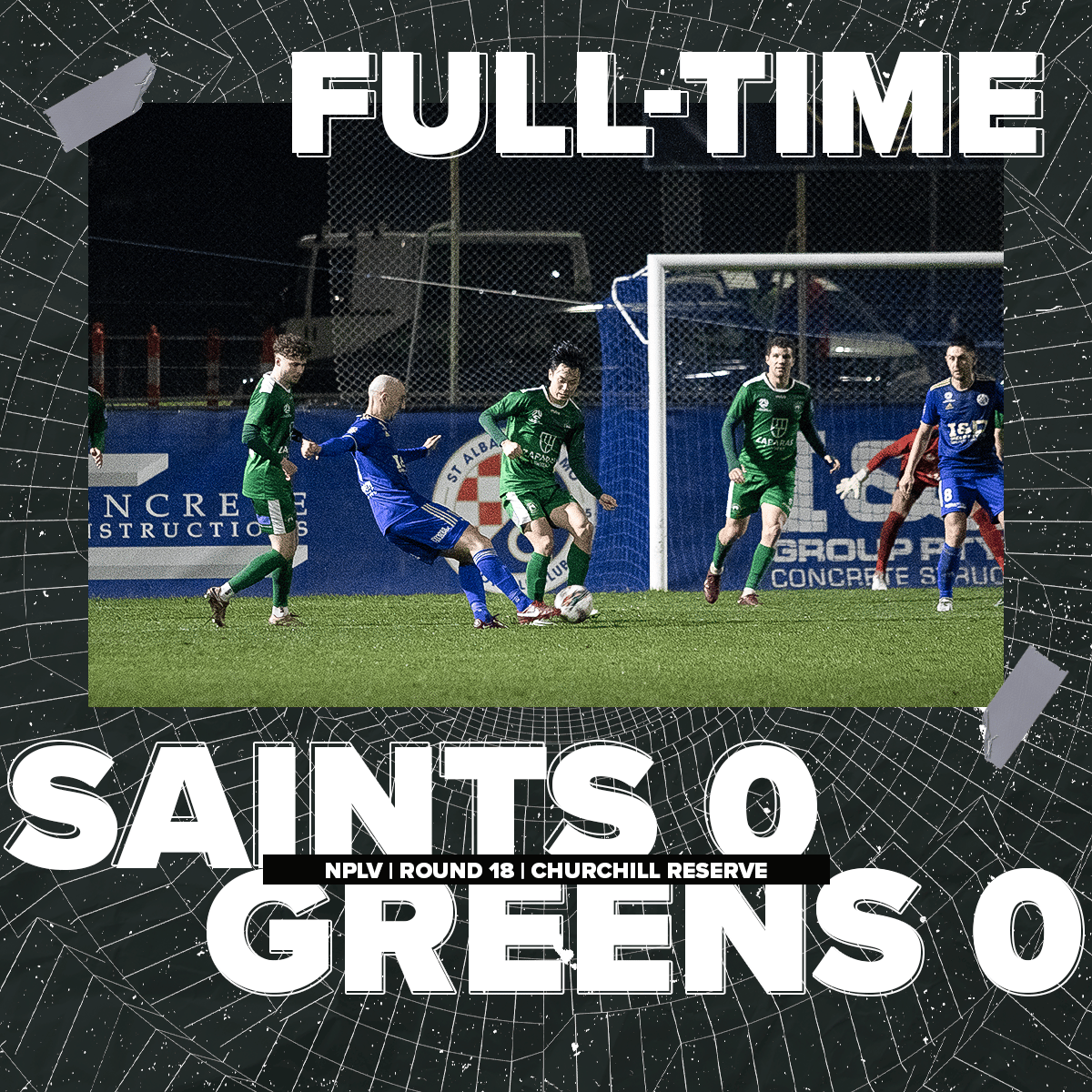 Bentleigh Greens left it all on the park but couldn’t find the crucial goal as they were held 0-0 at Churchill Reserve by St Albans Saints on Friday night.

A host of chances went begging in the second half, as the Greens were forced into a number of early changes with both Pierce Waring and Yagoub Mustafa both forced off with injures in the opening 30 minutes.

Despite coming off very early in the game, both tested Willem Lejeune in the opening exchanges, with Waring whipping in a fierce corner that looked destined to find the inside of the far post before the keeper’s intervention, before Mustapha’s shot from the second ball forced the keeper back into action.

The early changes wreaked havoc with Senior Coach Nick Tolios’ plans for the evenings, but his side adjusted remarkable well and dominated proceedings in terms of possession and chances created.

The Greens tested Lejeune once again via Mitchelle Hore who showed incredible acceleration to get to a knockdown from Ajak Riak and fire a shot on target.

Just after the half-hour mark Riak fired a swerving shot on target that forced Lejeune into another good save, with none of Riak’s forward partners able to get to the rebound in time.

Pierce Clark’s first meaningful contribution came in the 41st minute when he slapped away an attempt at the near post from a St Albans corner, with the Greens defence effectively clearing their lines.

Jacob Alexander had a claim for a penalty denied in first-half stoppage time.

It was more of the same in the second half, as the Greens looked to try and break down the stubborn Saints defence.

Riak was the first to get a shot on target, albeit a tame one, when he fired off a low shot in the 48th minute, before Hore went mightly close with a well-struck effort from just inside the box 10 minutes later.

Ken Krolicki forced another top save in the 68th minute with a well-struck effort from range.

Clark was called into action at the other end at 73 minutes, reacting well to a flicked-on header from a set-piece to turn the ball away before getting up quickly to deal with a second attempt.

The best chance of the game fell to substitute Thomas Strickland.

Riak’s cross was won at the near post by Lucas Derrick who flicked the ball to the back post, where the onrushing Strickland thought he would surely score only for Saints captain Michael Grgic to come out of nowhere to make one of the goalline blocks of the season.

It was a moment that summed up the game, with the Greens intuitive play going forward only matched by the desperation of the Saints defence.

Speaking after the game, Coach Tolios was in a reflective mood.

“Other than scoring we were the better side, but credit to St Albans, they frustrated us,” he said.

“It’s a point gained but it feels like two points lost.”