Greens continue good run of form with another win

Home » Greens continue good run of form with another win 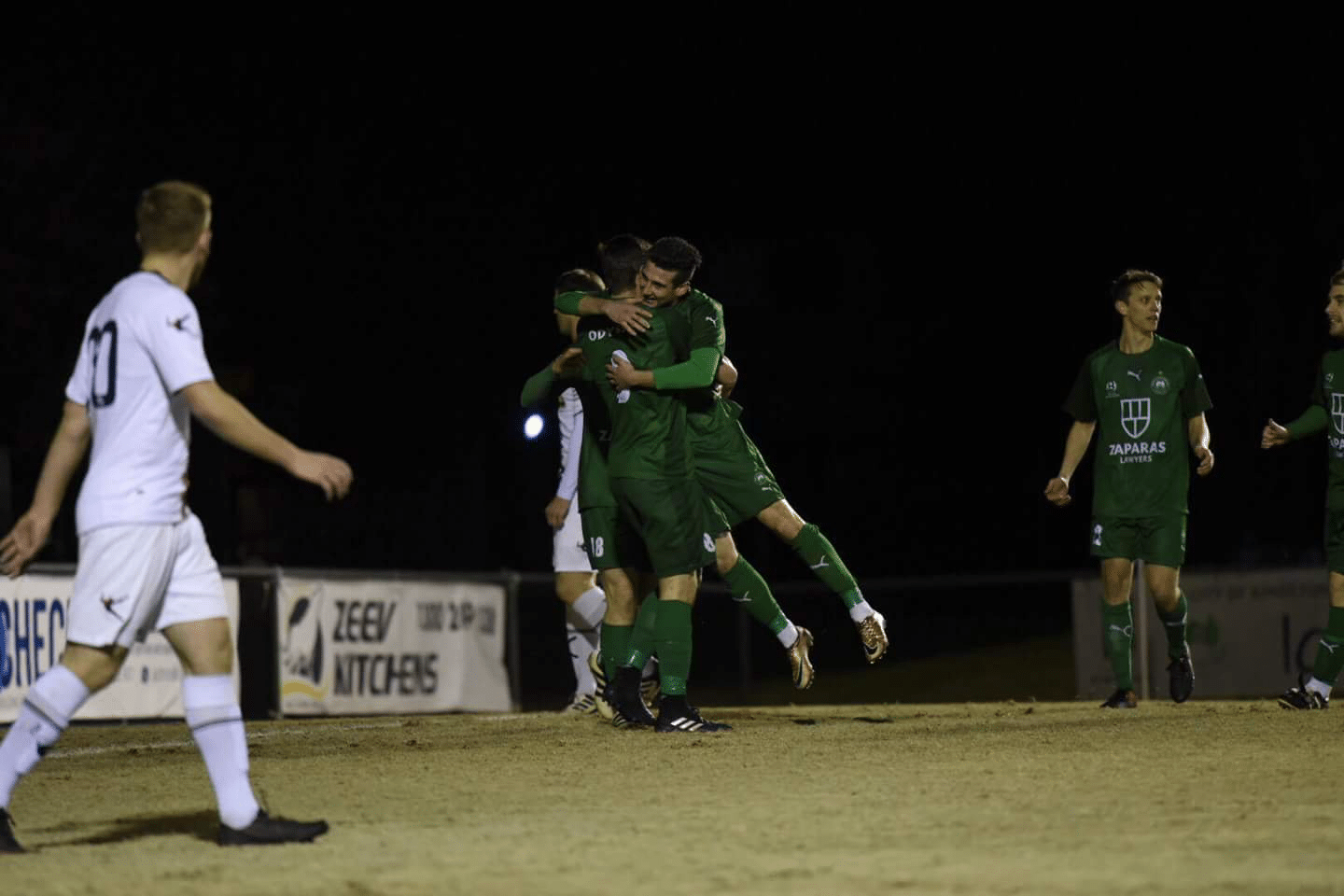 Bentleigh recorded another league win with a 3-2 victory over Port Melbourne at a chilly Kingston Heath on Friday night.

Bentleigh got off to the perfect start when Kieran Dover opened the scoring after Matt Thurtell hit a shot across the 6-yard box.

Despite having several chances in the first 20 minutes the Greens were unable to capitalise with Port Melbourne making the Greens pay just before half time.

Andreas Govas gave Port Melbourne a way back into the match when his shot took a deflection leaving Ryan Scott helpless on 38 minutes.

The second half began in frustration once again for the Greens as they continued to create chance after chance without any success.

Eventually Dover gave the Greens a well-deserved lead after Andy Brennan’s peach of a cross.

Brennan then went from provider to scorer only minutes later to ensure the three points despite Roberto Stella’s last-minute consolation strike for Port Melbourne.

Watch highlights of last night’s game including interviews from John Anastasiadis and Kieran Dover below.

Speaking after the match, Dover highlighted how important the combinations between the attacking players has been in recent weeks.

“They are quality players, makes it easy when they put in balls like that and playing me in.”

Bentleigh now turn their attention to Avondale next Saturday afternoon, kick off scheduled for 3:00pm at Knights Stadium.