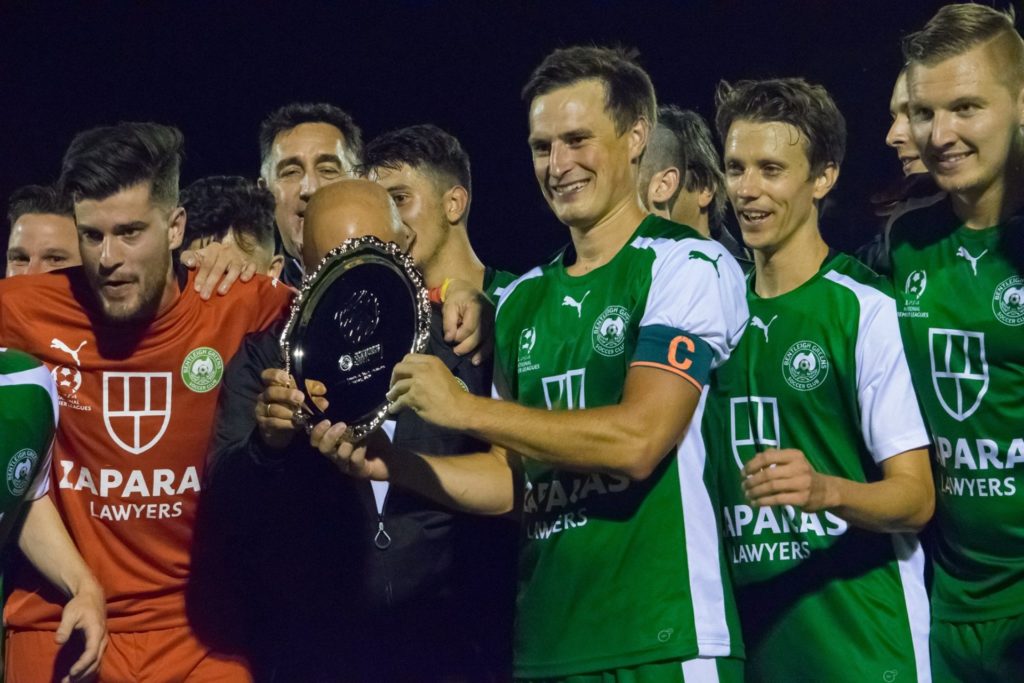 Goals to Ross Honos and a screamer from Troy Ruthven has helped Bentleigh Greens win back to back Community Shield’s after defeating arch-rivals South Melbourne 2-1 in front of a bumper crowd at Kingston Heath Reserve.

A close-range goal from Honos and a deflected shot from outside the box by Ruthven in the second half were enough to see off South, in what was a heated game in which has become a mainstay in this fixture.

Coach John Anastasiadis was pleased with the performance despite the slow start, in what was the teams’ first competitive hit out of the season.
“It’s our first (competitive) game more or less, they finally got their act together and were really good for the rest of the game,” he said.

“We’ve had a solid pre-season, but it was great to rubber stamp it with another trophy.”

With chances falling to debutant Ben Liftin and Matt Thurtell, the Greens were unlucky to not to go into the half time break ahead.

The second half started much in the same manner with Kieran Dover blasting over a golden opportunity.

However only minutes later, Litfin’s mazy run into the box set up Honos for the opener after 58 minutes.

When Ruthven blasted a screamer in off the crossbar on 80 minutes, the Greens looked headed for a comfortable win.

When Milos Luijic pulled one back on 83 minutes, the game was set for a tense finish with both sets of players engaging in some heated words.

After the game, Dover was awarded man of the match as the team celebrated being the first club to win back-to-back Community Shield’s.

Bentleigh can now look forward to its first game of the NPL Victoria season at home to Green Gully on Friday.