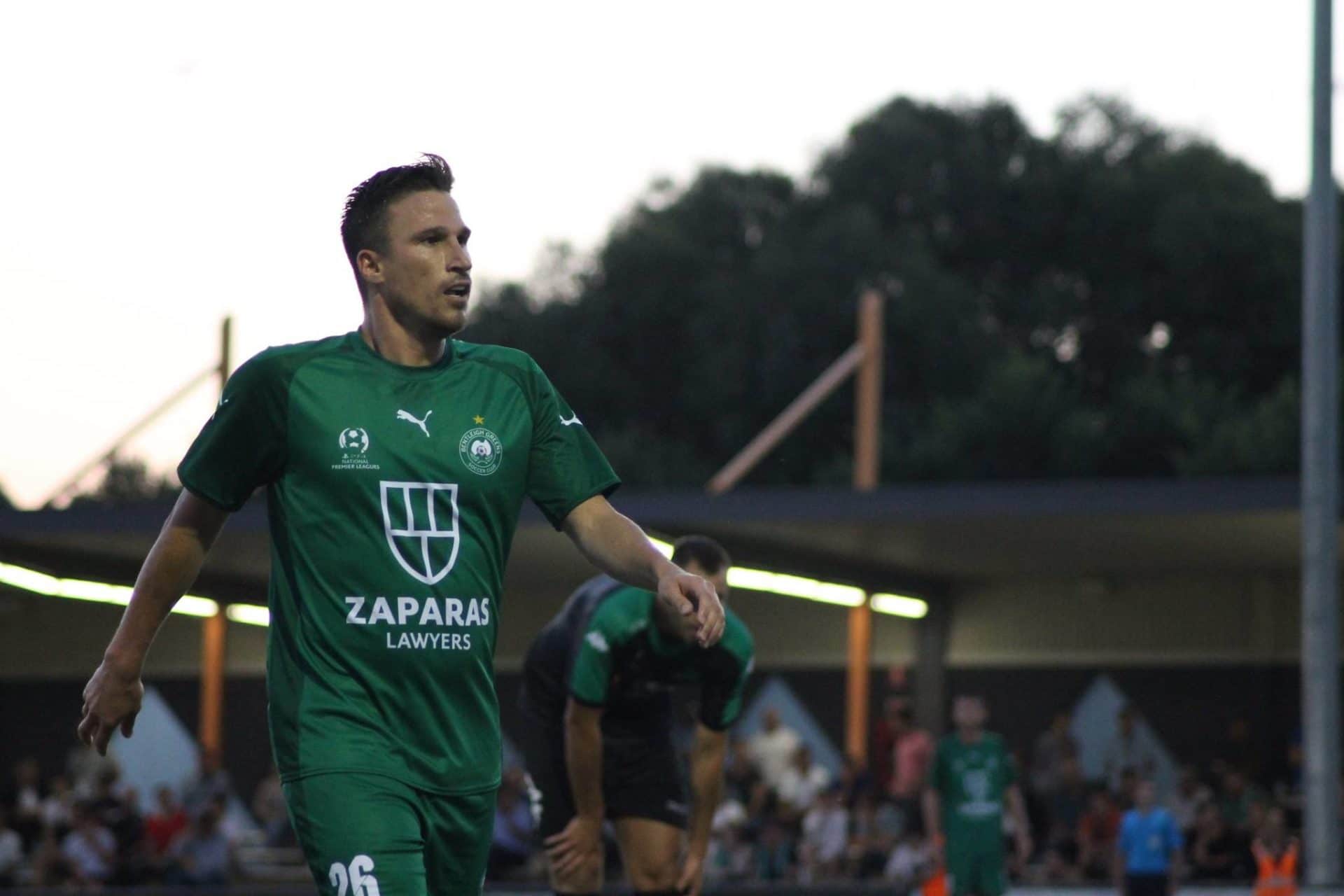 Bentleigh followed up its impressive Community Shield win last week over South Melbourne last week with another solid performance in front of 500 plus strong crowd at Kingston Heath.

The home team began the game strongly with Ben Litfin’s run opening up the field and Honos finishing off the move to reward the early pressure.

It was an even contest throughout despite the lop-sided scoreline, with substitute Brennan impressing on his return to the Club, playing a part in the first goal before sealing the match with an outstanding piece of individual brilliance from the edge of the box to score past Rani Dowisha.

Coach John Anastasiadis was pleased with the team performance as well as the influence of the new signings.

“Today showed that we really ran out the game for the full 90 minutes, a couple of their players were cramping up, full credit to the boys,” he said.

“We defended well, they had a couple of chances to score, on the counter we scored a couple of goals and did the job”.

With Honos making it two goals in two matches this season, Anastasiadis was full of praise for the returning attacker, praising his hard work in coming back from a serious toe injury towards the back end of last season.

Despite Green Gully coming out stronger in the second period, Bentleigh managed to hold off the pressure and break twice on the counter to ensure a strong win.

JA also had special praise for new signings Marko Jankovic for his versatility.

“We know how versatile he can be, he is more of a six and a centre back, but we lost Pilko (Luke Pilkington) and he filled in perfectly.”