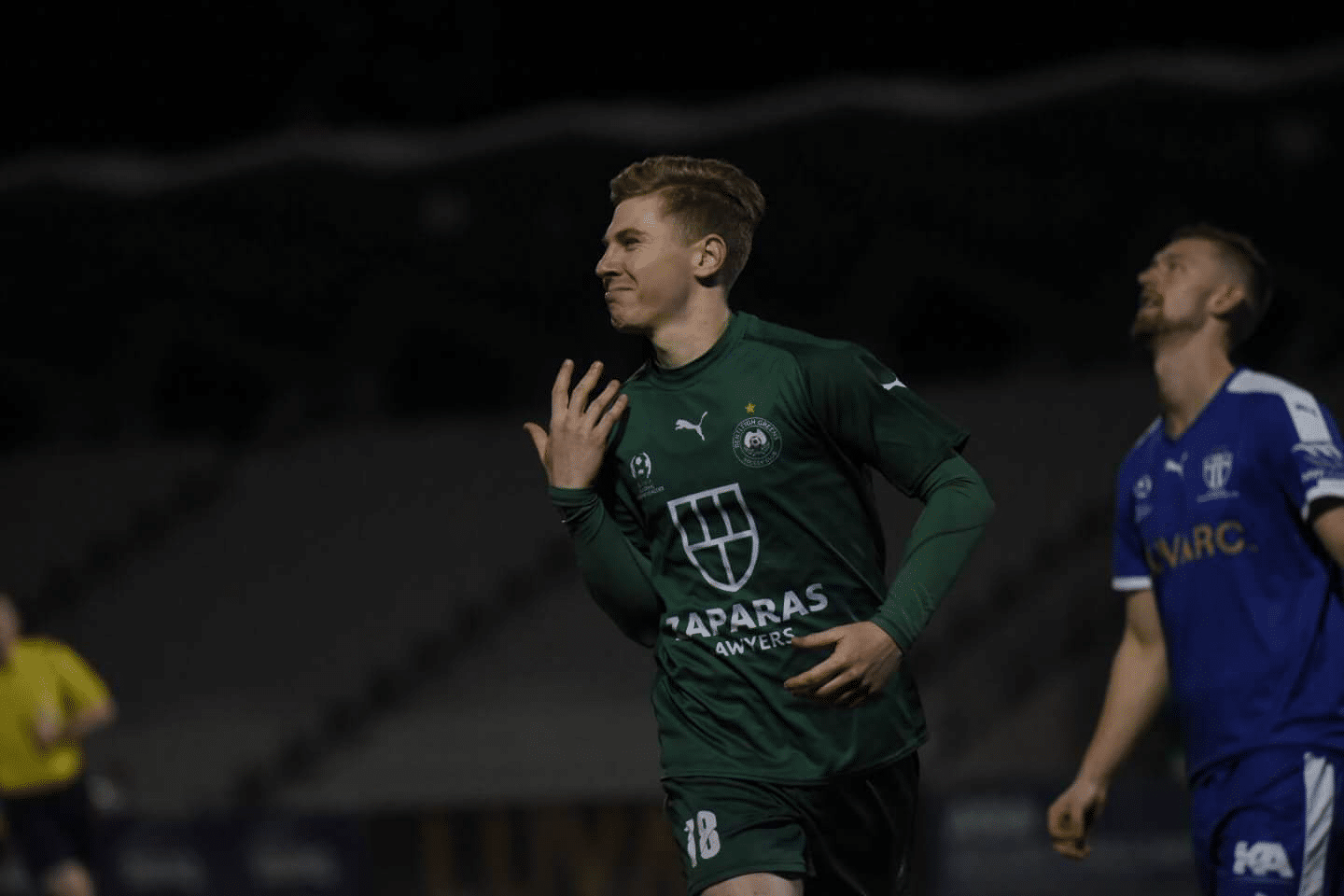 The Bentleigh Greens have booked their ticket to next Sunday’s NPL Grand Final after a nail biting penalty shootout win over South Melbourne.

The Greens started the stronger of the two sides and were rewarded with the positive start on 31 minutes through Tyson Holmes who knocked home a header from a trademark Troy Ruthven free kick.

Keeper  Ryan Scott also continued his good form between the sticks pulling off two big saves in a matter of minutes to prevent South from equalising just before half time.

Watch how everything unfolded with our recap below

Described by Coach John Anastasiadis as “one of the best goals I’ve ever seen”, Matt Thurtell’s brilliant volley on 49 minutes put the Greens in a commanding position.

However, South began to take control of the game with goals from Kristian Konstantinidis and Brad Norton bringing South level with 20 minutes to spare.

For much of the remaining 20 minutes and duration of extra time, it was  South who took control of the context with the Greens potentially feeling the effects of a midweek FFA Cup tie.

In the penalty shootout, Bentleigh converted all 5 penalties meaning that Ryan Scott’s save off Norton’s penalty was enough to send the Greens through.

Speaking after the game goal scorer Matt Thurtell spoke of his excitement in getting through to another grand final.

“It’s what we wanted, we owe them [Heidelberg] one after the Dockerty Cup, bring it on.”

The Grand Final will take place at Lakeside Stadium on Sunday September 10, kick off TBC against Heidelberg.