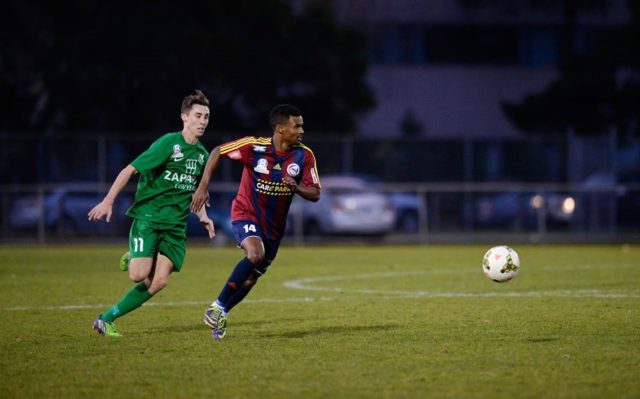 Bentleigh Greens SC is thrilled to announce that the Club has signed 2015 Playstation 4 NPL Victoria Gold Medalist Kamal Ibrahim for the 2016 season.

The attacker joins Bentleigh Greens after a standout 2015 campaign with Port Melbourne, guiding the Sharks to a mid-table finish with eight goals.

The 23-year-old kick-started his career with spells across the Victorian and Australian Institutes of Sport, before going on to earn a senior contract with Melbourne Heart FC in its debut season.

Injuries however saw Ibrahim step down to the Victorian Premier League, featuring across stints with South Melbourne and Heidelberg United before moving to Port Melbourne in 2013.

Capped at youth level for Australia, the Ethiopian born Ibrahim was apart of Australia’s AFF U-19 and U-16 Youth Championships.

Capable of playing anywhere across the front three, Ibrahim is regularly deployed as winger or an attacking midfielder.

Bentleigh Greens SC CEO John Ioannou said he was delighted to have reached an agreement with one of the competition’s most highly rated talents.

“Kamal is a fantastic player and he’ll add an enormous amount of depth and quality to our front third,” Ioannou said.

“He comes to the Club with a great amount of experience and we’re hoping he can showcase his talents for us in 2016,” he added.

The attacker will link up alongside fellow new signing Danny Charalambous for the Greens in 2016 and the already announced re-signings of Matt Thurtell, Chris Lucas and Tyson Holmes.