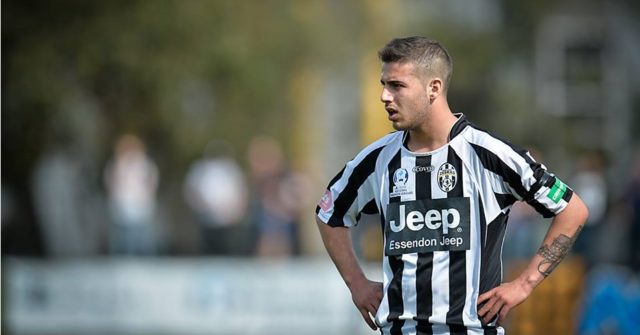 Bentleigh Greens SC is pleased to announce that it has secured the signature of forward Danny Charalambous for the 2016 Playstation 4 NPL Victoria campaign.

Charalambous burst onto the scene with Moreland Zebras during the 2015 NPL Victoria campaign, scoring 14 goals, the third most in the competition.

Largely deployed as a wide forward, the 19-year-old is also capable of playing as an attacking midfielder.

Bentleigh Greens CEO John Ioannou said he was delighted to have reached an agreement with one of NPL Victoria’s most promising talents.

“It’s great to have Danny on board for next season,” Ioannou said.

“We’re known for producing a number of young players and we’re looking forward to seeing Danny take his game to the next level in a green shirt.”

“Towards the end of the season we were lacking a little depth in the final third and Danny’s inclusion into the squad will only bolster our brigade up front,” he added.

Charalambous joins Matt Thurtell and Chris Lucas as the current forwards to have signed-on for next year.