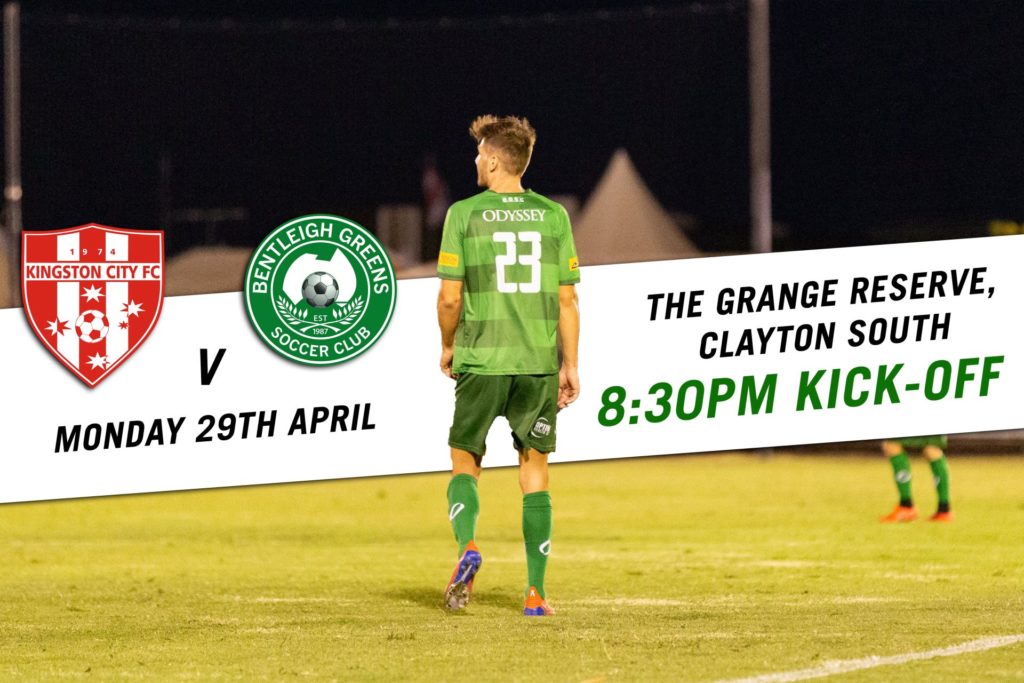 Bentleigh will be looking to make it 2 wins on the bounce as they travel to The Grange on Monday night. Following a 3-0 triumph over Warragul United in the FFA Cup the Greens will be looking for some much needed momentum coming up to the midway point of the season. Having lost their past 2 NPL fixtures to Altona Magic and Heidelberg United respectively, the Greens have been going through an uncharacteristic form slump during the past month.

Similarly on the otherside of the park, Kingston City have been going through a slump of their own having not won a game since their triumph over South Melbourne, a touch under 6 weeks ago.

Speaking during the week, head coach John Anastasiadis spoke of his happiness getting a win under the boys belts against Warragul at the weekend. “Winning’s important for us, and those 2 games we did lose, we didn’t play badly… if we kept playing the same, kept our style, kept the way we play, the win will come.”

The Greens will be hoping winger Valentino Yuel can hit some decent form again after scoring against Warragul and recently returning from a groin strain that had sidelined him since the end of March when the Greens drew 2-2 with Dandenong Thunder at Dacland Stadium.

Kick-Off from The Grange reserve in the Clayton South is at 8:30pm on Monday Night.