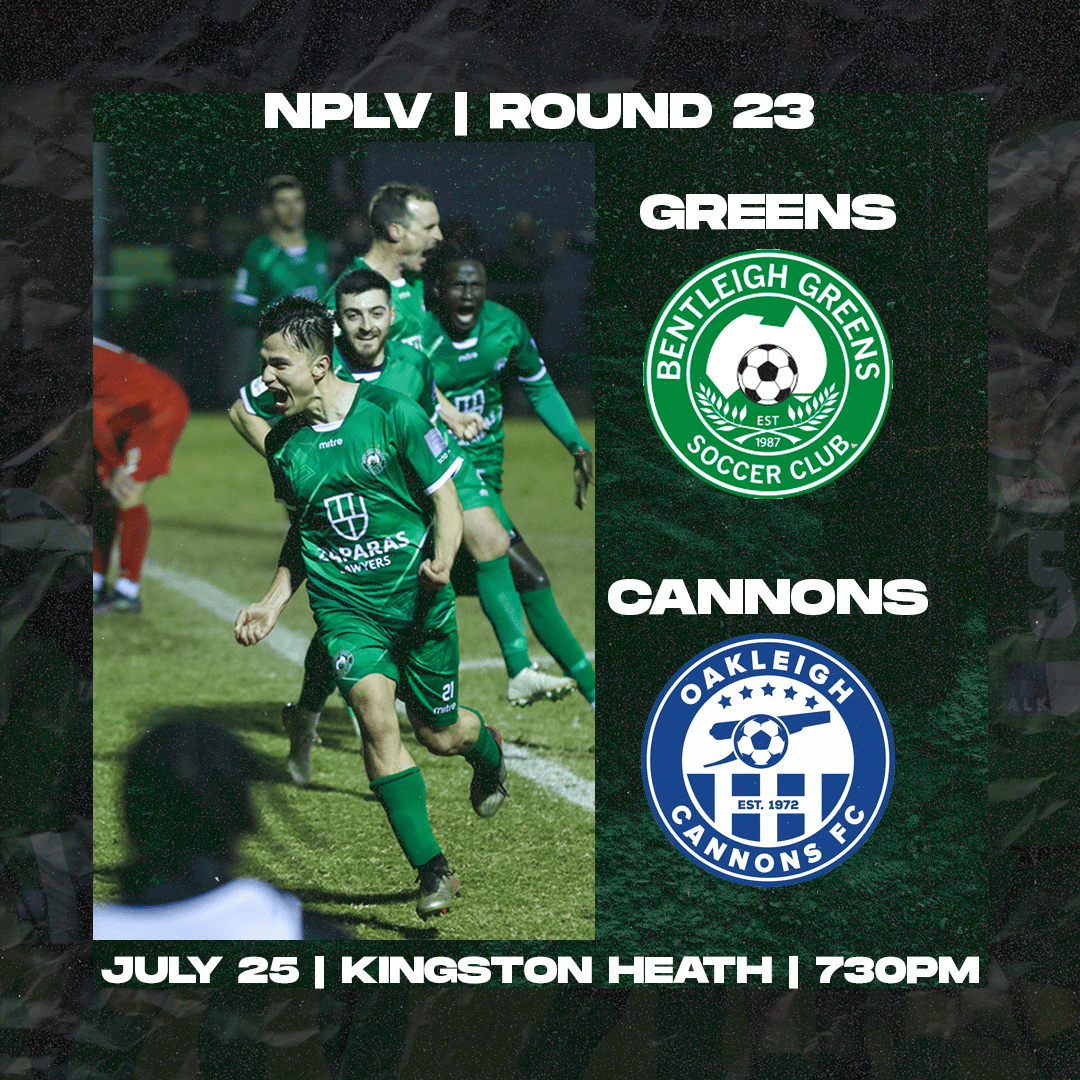 The Bentleigh Greens turn their focus to a huge NPL Victoria challenge against Oakleigh Cannons on Monday evening.

The Greens and Cannons are both riding high following important wins in the Australia Cup Round of 32. With both teams desperately needing the three points to stay in the finals race and premiership race, respectively, there will be little opportunity to take the foot off the pedal.

The Cannons had the easier night out of the two in midweek Australia Cup action, easily dismissing the challenge of Bonnyrigg White Eagles 5-0, whilst the Greens had to get the job done in extra time to defeat Broadmeadow Magic 2-1.

Whilst Oakleigh got the result they needed inside the 90 minutes, they will need to cope with the travel aspect of having played away.

Greens coach Nick Tolios made it clear there would be an element of rotation at the selection table ahead of Monday night, but he remains confident in the depth of his squad to get the job done.

After 22 games, the Greens sit in fifth position on the table courtesy of goal difference over Green Gully (which has a game in hand) and Heidelberg United, who sit sixth and seventh, respectively.

With the race for finals proving incredibly tight, the room for error is incredibly slim.

Cannons sit in second place, having lost a Premiership six-pointer last week against South Melbourne, however, they will be looking to make up lost ground on the league leaders.

The Greens are undefeated in seven games in the league.

With four games remaining, every point will be crucial.

Get down to Kingston Heath on Monday night to support the boys in yet another crucial league fixture!