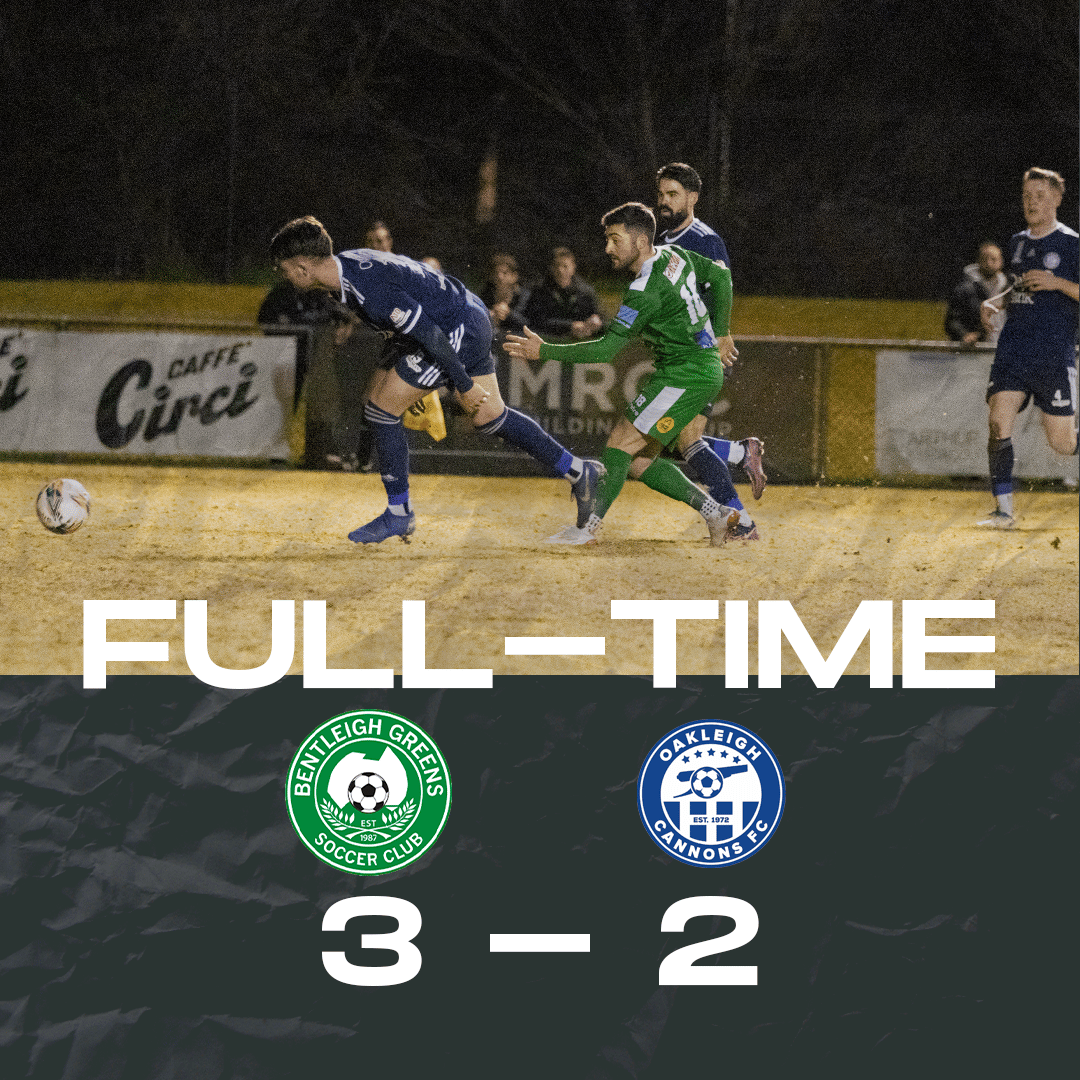 Bentleigh Greens secured a crucial three points in the race for NPLV finals courtesy of a 3-2 win over Oakleigh Cannons on Monday evening.

Christian Cavallo proved the hero, coming off the bench for just his second appearance following a serious knee injury last year to score what turned out to be the winner to mark his incredible journey back into the Victorian top-flight.

Cavallo’s 76th-minute goal was the difference and followed on from Lucas Derrick’s opener in the 11th minute and Corey Sewell’s wonder strike in the 58th.

The Cannons’ consolation goals came in the 63rd and 94th minute, courtesy of Mario Barcia and Joe Guest, respectively.

Both sides came into the game on the back of Australia Cup action last Thursday, however, both coaches picked strong sides with plenty to play for in the league.

The three points were of crucial importance to both sides, with the Greens trying to hold onto fourth place and NPLV finals, whilst the Cannons needed the win to try and inject some interest into the Premiership race with South Melbourne over the final three games of the league season.

The Greens got off to far the better start, proving calm and controlled in possession and taking a deserved lead after just 11 minutes via Derrick.

The forward was brilliantly found by Ajak Riak, who did superbly well to bring a long ball under his spell down the right flank before crossing the ball to the onrushing Derrick whose run from the opposite wing went untracked.

The two sides traded blows, with both defences and keepers behind them needing to be sharp to ensure the score stayed at 1-0 heading into the break.

After a strong finish to the first half from the Cannons, the Greens showed great resiliency to wrestle back control of the game in the early exchanges of the second half, and when Sewell unleashed a cracking strike to score from a poorly cleared ball following a Greens corner, the 2-0 lead was a fair reflection of his side’s performance.

The Cannons did strike back five minutes later when Barcia found the back of the net with a lovely strike from outside the box.

Cavallo was brought on and injected instant energy into the Greens’ forward line. He delivered the killer blow in the 75th minute, racing onto a decent ball forward and producing a tidy finish to send the ball into the back of the net.

The Cannons finished the game with a late goal via Guest, but the win was no less than the Greens deserved on the night.

Bentleigh now turns its attention to the challenge of Altona Magic on Saturday night.