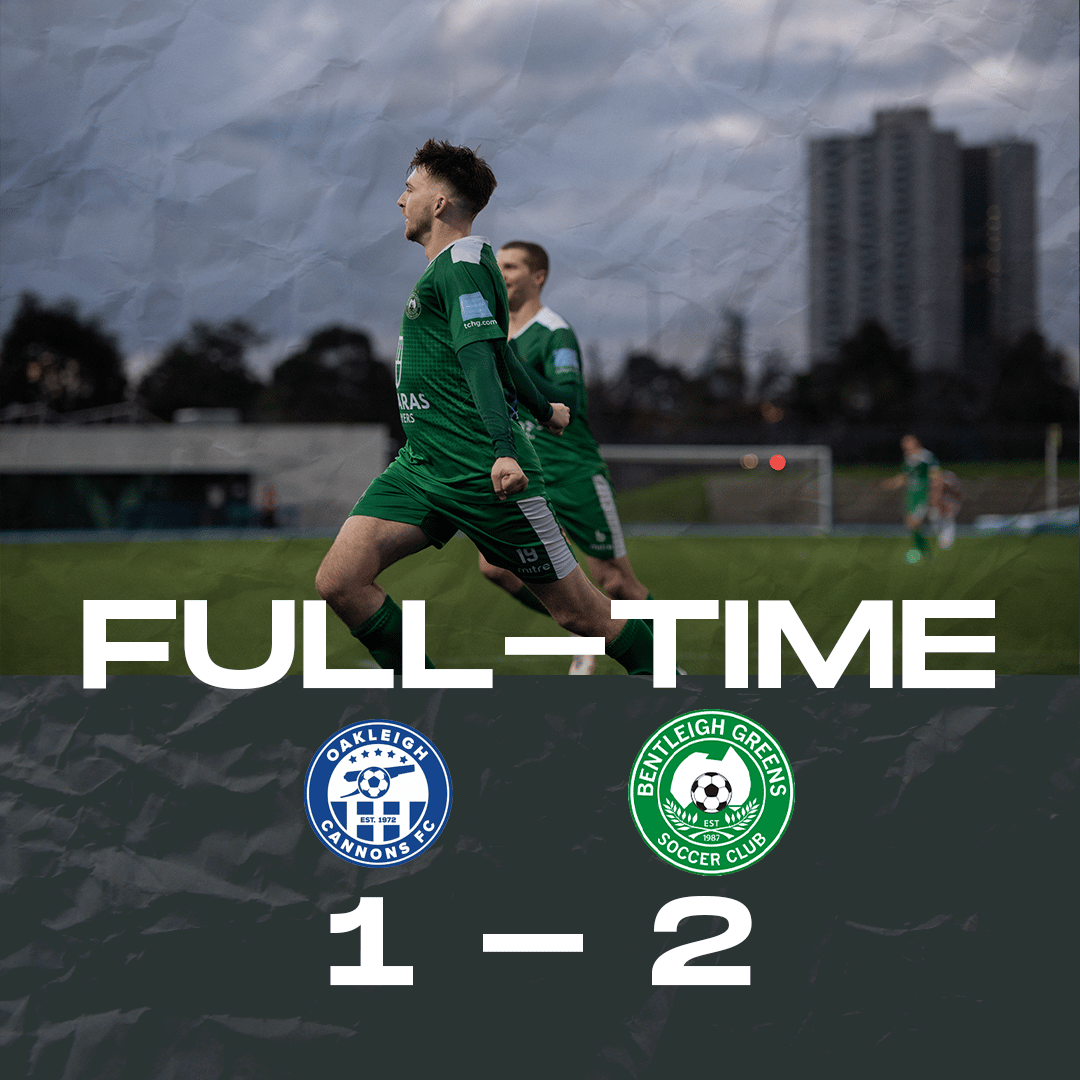 Bentleigh Greens are Dockerty Cup champions for the third time.

The Greens left it late, but it was certainly great as Bentleigh secured the trophy courtesy of late goals from Tom Strickland and returning super-sub Yagoub Mustafa, having fallen behind to a Joe Guest goal early in the second half.

Aside from their goalscorers, the Green had Pierce Clark to thank for a superb first-half performance that saw him parry several shots from the Cannons.

For Senior Coach Nick Tolios, this was his first chance to win major silverware with a side he had moulded in his vision, and he was eventually rewarded for the depth of the squad he has helped to assemble at the club, as the club’s ‘next man up’ mentality shone through.

With the team facing a packed schedule and injuries to Pierce Waring, Lucas Derrick and Ben Carrigan heading into the game, the return of Mustafa to the bench offered minimum respite for Tolios.

Never one to complain, however, Tolios was confident in the depth of his squad pre-game, and his confidence was eventually rewarded.

The Cannons had the better of the first half, undoubtedly having the best of the chances.

Clark’s saves in the 15th, 38th, and 39th minutes were the standouts in a half where the Cannons peppered the Greens’ goal.

The Greens, on the other hand, saw their best chances come from set-pieces, as they struggled at times to play through the Cannon press.

Jack Painter-Andrews was an unfortunate injury casualty in the first half, going down with what appeared to be a hamstring injury.

The second half started in much the same vein, as the Cannons hit an early lead.

Some good work down the right flank saw a flashing cross smashed into the box. Jack Webster couldn’t make his clearance stick and the ball fell to Guest at the back post, who made no mistake.

As the game reached the hour mark, the Greens slowly started to get the game on their terms, with Oakleigh looking to protect their lead.

Tolios begun to look to his bench for the added quality he needed. Mitch Hore replaced Painter-Andrews at half-time, but it was his next sub in the 75th minute that really changed the game as Chris Droutsas was replaced by Mustafa.

The returning Western Australian instantly put his pace and skilful feet to good use, running at Oakleigh defenders whenever the chance presented itself.

He combined with Hore down the left-hand side in the 78th minute, sending the attacking midfielder in behind down the left wing, allowing him to send in a delightful ball to the back post where Strickland was waiting to knock the ball home and level the scores.

With newfound momentum, the Greens dominated the closing stages, and Mustafa popped up with the deserved winner in the 82nd minute to seal the win.

The goal sparked wild celebrations as the Greens made it three Dockerty Cup wins from four final appearances.

The boys celebrated the success with grandeur but kept one eye on Wednesday’s crucial Australia Cup clash against Sydney FC, which is followed up by an equally important league game against Port Melbourne.