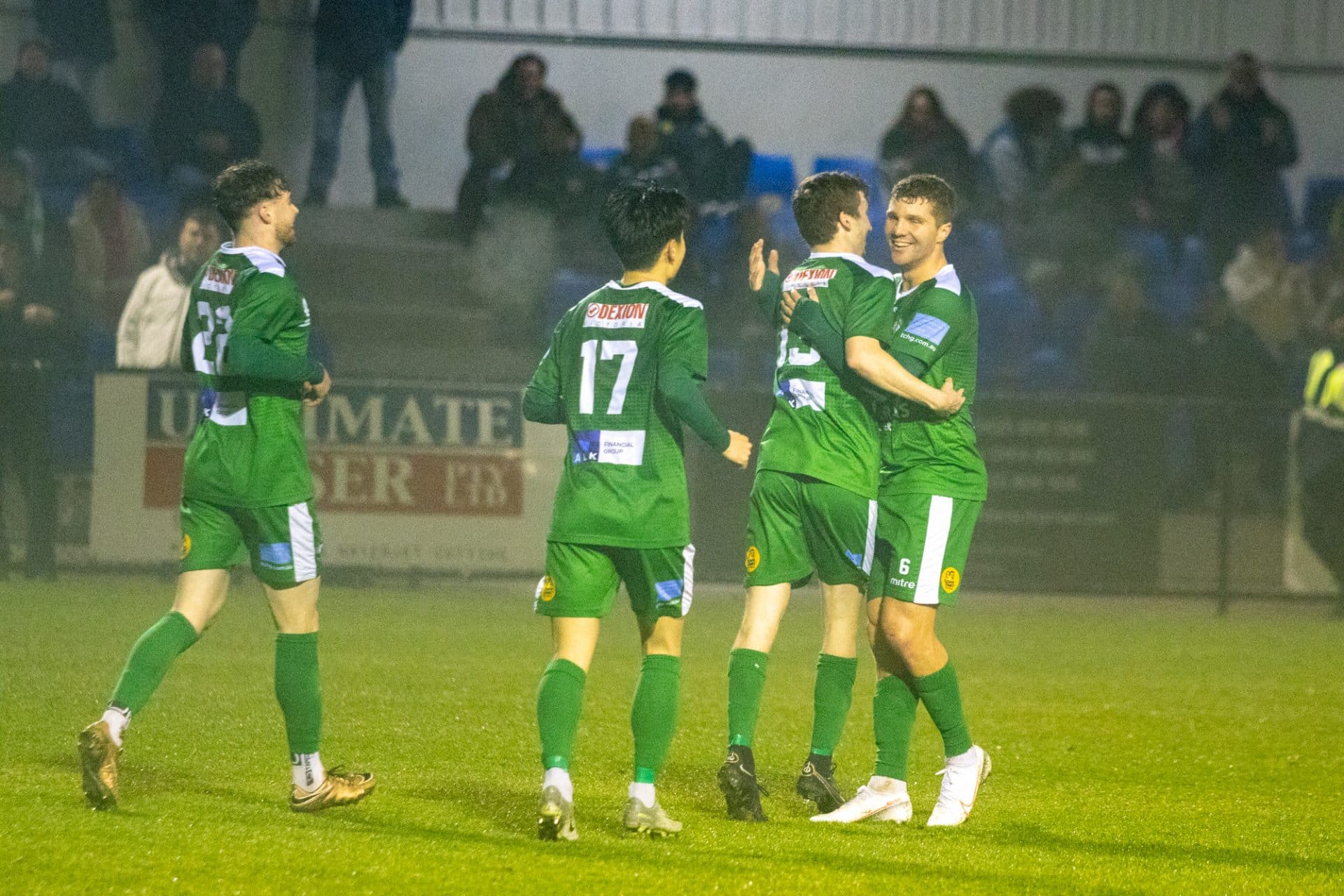 The Bentleigh Greens punched their ticket to the Dockerty Cup final with a nail-biting 2-1 win over Heidelberg United.

Goals from Lucas Derrick and Mitch Hore sandwiched an incredible strike from Kosta Petratos in a thrilling affair at Jack Edwards Reserve.

In what was a difficult game for the Greens, Nick Tolios’ men showed great discipline and bravery in equal discipline to secure the win.

In a tight and tense first half, both sides had a number of chances, although it was the Bergers who came closest to scoring.

George Lambadaridis saw his ninth-minute strike flash just wide of the post, before Pierce Clark had to be at his best to produce a stunning save from a Bergers’ corner.

A minute later, Danny Kim played arguably the pass of the half to release the rapid Jack Painter-Andrews down the right flank. The wingers cross couldn’t find an unmarked Ajak Riak as a glorious chance went begging.

Painter-Andrews had a chance of his own after 25 minutes but couldn’t hit the target.

The last shot of the half fell to Kaine Sheppard of Heidelberg but he couldn’t find the target.

With the scores locked 0-0 at half-time, it looked like it was going to take a moment of magic to break the deadlock, and that’s exactly what Derrick provided in the 55th minute.

Picking the ball up on the left wing, he glided past his marker as he cut inside, unleashing a fearsome strike on goal that nestled in the back of the net via the post.

Tolios’ decision to bring Hore off the bench shortly after paid instant dividends, when the midfielder popped up in the box to finish off a delightful cross from Jacob Alexander.

The 2-0 lead gave the Greens a sense of safety, but this was quickly taken away as Petratos fired home an incredible strike after 76 minutes, the first goal Clark had conceded for over 600 minutes in all competitions.

The Bergers pushed hard for an equalizer, with Ben Carrigan forced into some incredible goalline clearance heroics to ensure the Greens retained their lead.

The final whistle was met with scenes of elation as the Greens booked their spot in the Dockerty Cup final, where they will take on NPLV leaders Oakleigh Cannons.

This will be the Greens’ fourth trip to the finals in six editions of the tournament.