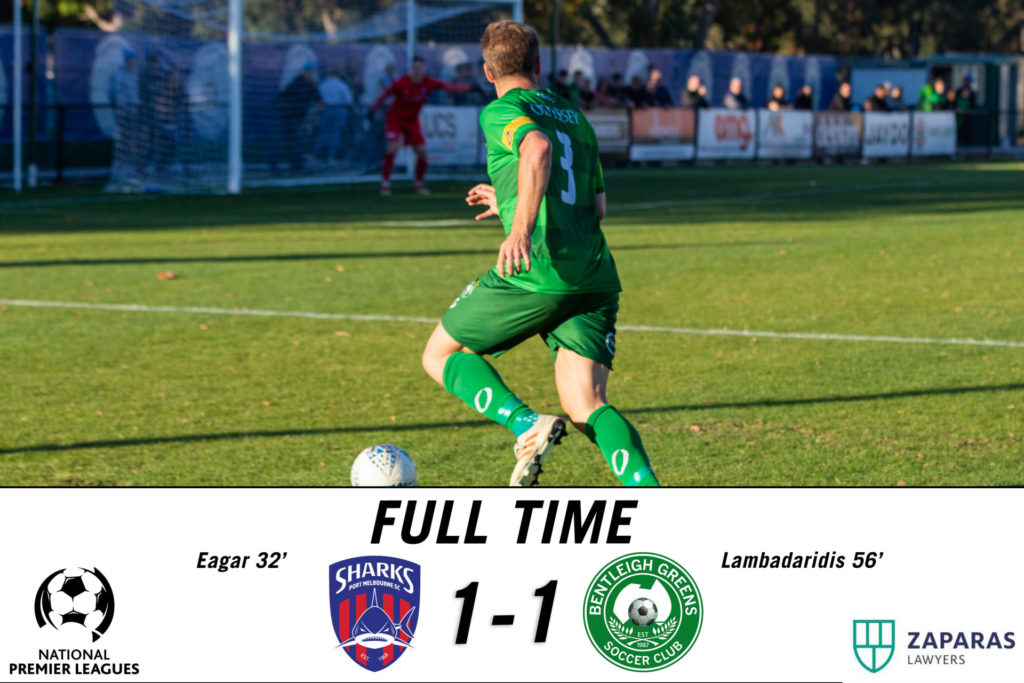 A spirited 2nd half fight back saw Bentleigh draw 1-1 with Port Melbourne on Saturday Night at JL Murphy Reserve in Port Melbourne. The Greens fell behind mid way through the 1st half after Port Melbourne captain Michael Eagar gave the hosts the lead after he buried his free header at the back post. The goal largely came against the run of play as Bentleigh had the majority of the share of possession in the 1st half.

A rejuvenated looking Greens outfit came out in the 2nd half and created an array of chances. On the 56th minute it was central midfielder George Lambadaridis who restored parity for the visitors when he found space in the area and lashed his shot into the bottom right hand corner. Following the goal, the Greens continued to press the issue however couldn’t find the winner. Young striker Daniel Stynes had the best opportunity to win it for the Greens however after a neat, jinking run put his shot just wide of the target from the edge of the box.

The Greens will be hoping to find some form on the last match day of the season before finals when they take on Avondale at Kingston Heath on Sunday at 3pm.