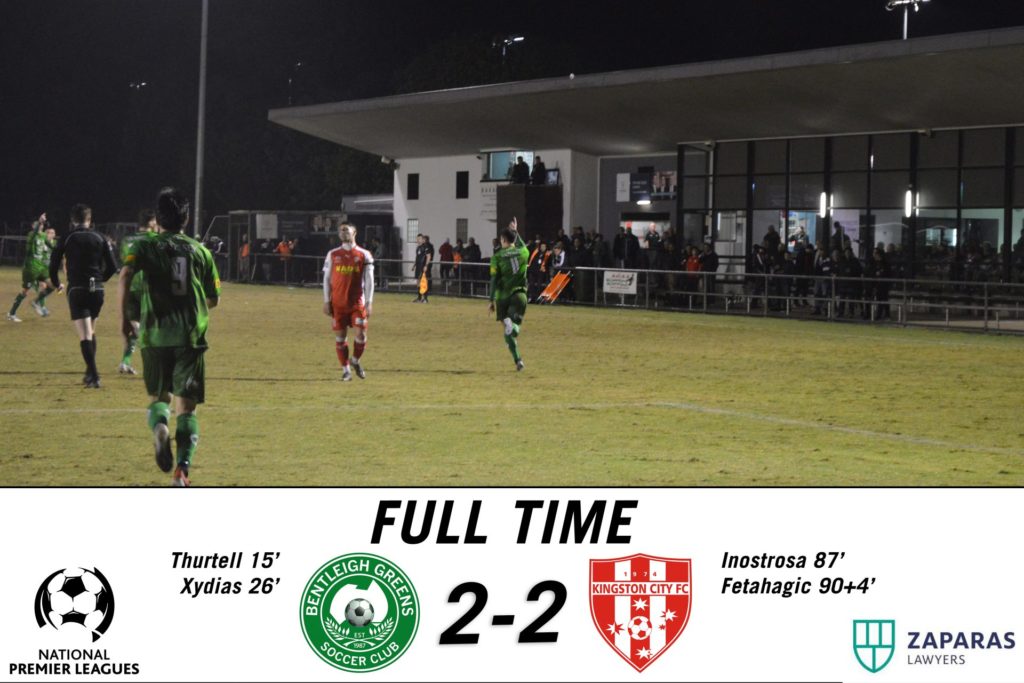 Bentleigh bemoaned a number of missed opportunities as they drew 2-2 with Kingston City at Kingston Heath Soccer Complex on Friday Night.

The Greens got off to a perfect start when Marco Jankovic was bundled over in the box after 15 minutes. Matt Thurtell stepped up and coolly slotted away his penalty and saw Bentleigh into an early lead. 11 minutes minutes later, full back James Xydias got in on the act beating the Kingston custodian at his near post and firing the Greens 2-0 up. Bentleigh continued the dominate the play but couldn’t find another goal to close out the first half.

The 2nd half started the same way as the 1st with the hosts dominating in both possession and territory however couldn’t extend their lead. The visitors began getting back in the game with 15 minutes left and on the 87th minute Kingston pegged one back through striker Hernan Inostrosa. 7 minutes later and with almost the last kick of the game Kingston leveled proceedings at 2-2 when defender Ajdin Fetahagic found the top corner with a marginally deflected strike from the edge of the area.

2-2 it stayed and the Greens were left ruing another missed opportunity to close the gap with league leaders Avondale.