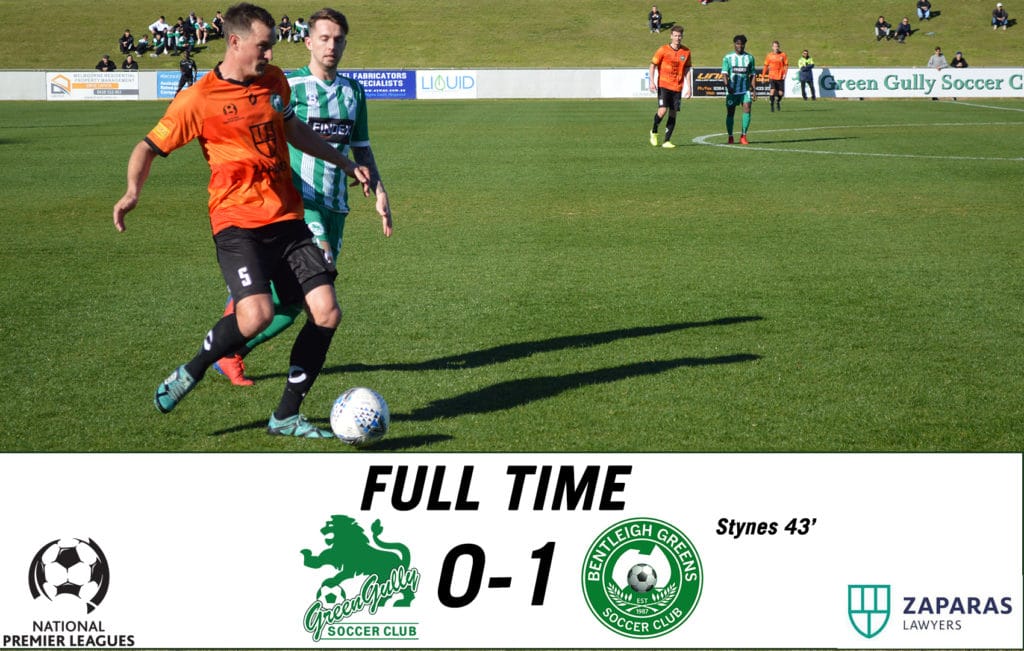 The Greens put 2 months of sub-par performances behind them as they claimed a crucial 1-0 win over Green Gully in their NPL Victoria elimination final on Saturday afternoon.

The hosts started the brighter of the 2 sides and attacker Matthew Fletcher had a golden opportunity to put Gully up after 5 minutes but couldn’t keep his volleyed effort below the bar. On 25 minutes Fletcher went down clutching his left knee after trying to retrieve a ball from going out on the half way. The prognosis later confirming a rupture in both his ACL & MCL. 2 minutes before the break it was the Greens who found the opening goal. A venture down the left hand side found Daniel Stynes in the box and he made no mistake rasping a right footed effort inside Jerrad Tyson’s left hand post and firing Bentleigh into the lead.

Both sides pressed hard for the game’s 2nd goal in the second half however neither side could find the break through in the 1st 25 minutes of the 2nd half. Green Gully were then handed a man advantage when goalscorer Stynes was shown his marching orders for dissent towards the referee. Gully pressed hard but the Greens defended valiantly to deny them. On the 91st minute Teeboy Kamara was sent off for a shove to the face of Greens goalkeeper Ryan Scott and that was the end of their onslaught. The Greens dominated possession for the remainder of the game and booked their place in a semi final against Heidelberg next weekend.