In their first hit out on the senior’s pitch, the Under 14’s had a tough challenge against a physically larger Port Melbourne side. The boys’ cardio was tested when taking the ball wide on the larger pitch. The Sharks managed to score from a set piece header, after Bentleigh were peppering the goals all day. Coach Pas’ running program was put on hold due to covid lockdown, yet says results will start to show in the coming weeks.

A flat start was the undoing of the under 15’s this week, conceding three goals in the first thirty minutes. A tough Port Melbourne outfit were determined to take the points home, as their relentless pressure continued throughout the second half. Coach Mich was frustrated with his defence not clearing the ball enough on the day, but says these types of losses are crucial for character building.

A tough loss away to Green Gully was not how the under 16s had hoped to restart their season. In cold and muddy conditions, the boys were on the back foot in the first half, having issues adjusting to the pitch conditions. As the pitch became muddier with every step, the physicality on the game intensified. Coach Kosta was proud that the boys continued to show some courage and fight late into the game, even though it resulted in a red card being shown to a Bentleigh player.

Lack of intensity and preparation was Coach Chris’ main factor in his team’s disappointing draw against the Eastern Lions. In an even first half, both teams showed signs of rust as they entered the break scoreless. The main message at half time was to keep pressing on, in search of the first goal. Eastern Lions scored first, yet scores were levelled from an own goal late in the game.

Coach Billy’s side were eager to get back onto the field, and their positivity showed in a 4-0 thumping. Before taking to the field, the girls were instructed to pass the ball early when pressured. The ball was shared around early, as Bentleigh controlled majority of possession due to Peninsula’s ineffective pressing. The forwards were in a sharing mood, scoring from cutbacks and getting everyone on the scoresheet.

Securing the three points with their first clean sheet of the season, Coach Anthea’s girls were up and about. It was no easy feat at first, as the girls had to play on the larger seniors’ pitch. The key message pre match was to stay compact when defending, ensuring that Ashburton would tire themselves out in possession. Coach Anthea said she was proud of how the girls finished the game off, continuing to try score until the end. Alia Morgan had a standout performance with a hattrick.

A 1-0 lead at halftime wasn’t enough to secure all three points for Bentleigh, as Williams Landing turned it on late. The girls had majority of possession early on, peppering the goals. The game seemed to turn on its head after the second half, as Williams Landing’s bench of four played a big impact, whilst the Greens only had one. A key takeaway from a disappointing result is that the girl’s composure was strong when facing an onslaught of pressure.

It should come to no surprise anymore that the under 19s are firing on all cylinders. Even with a break in training from COVID, the girls were back to their high scoring form. Coach Frank’s focus pre match was for the forwards to force defensive mistakes, in which there were plenty to feast on. The one goal conceded came from the green’s sweeper being exposed at the back. Whilst Frank was disappointed the not have a clean sheet, he was pleased that the girls were just as frustrated. Chanelle Kennedy had a stand out performance with six goals. 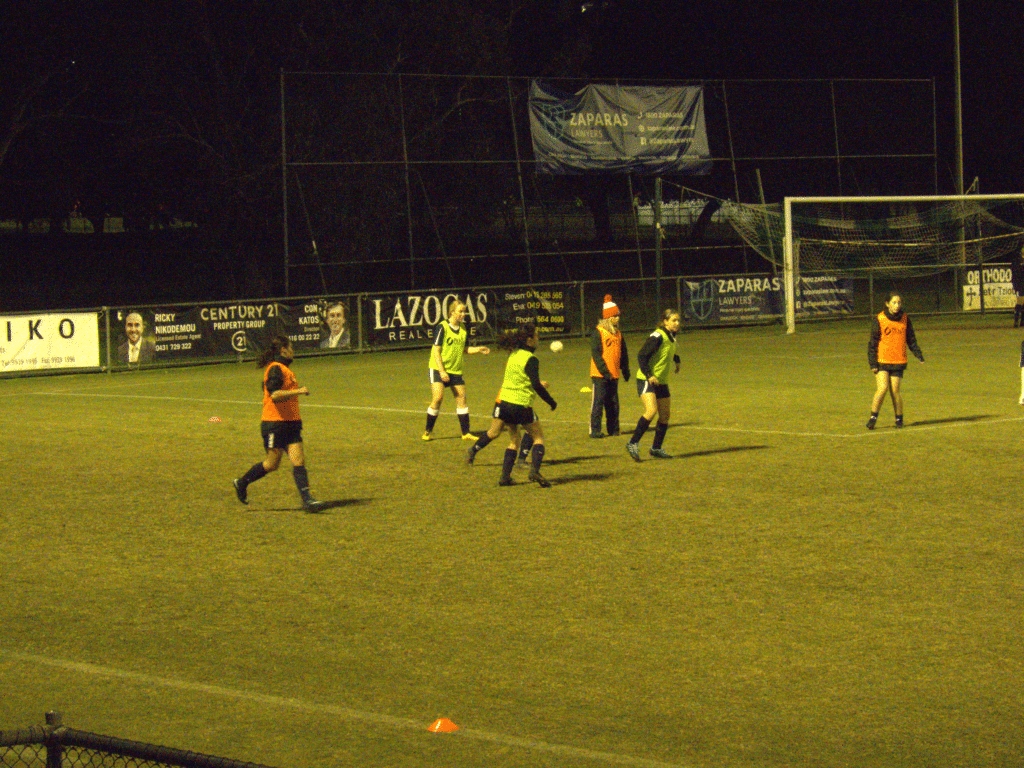