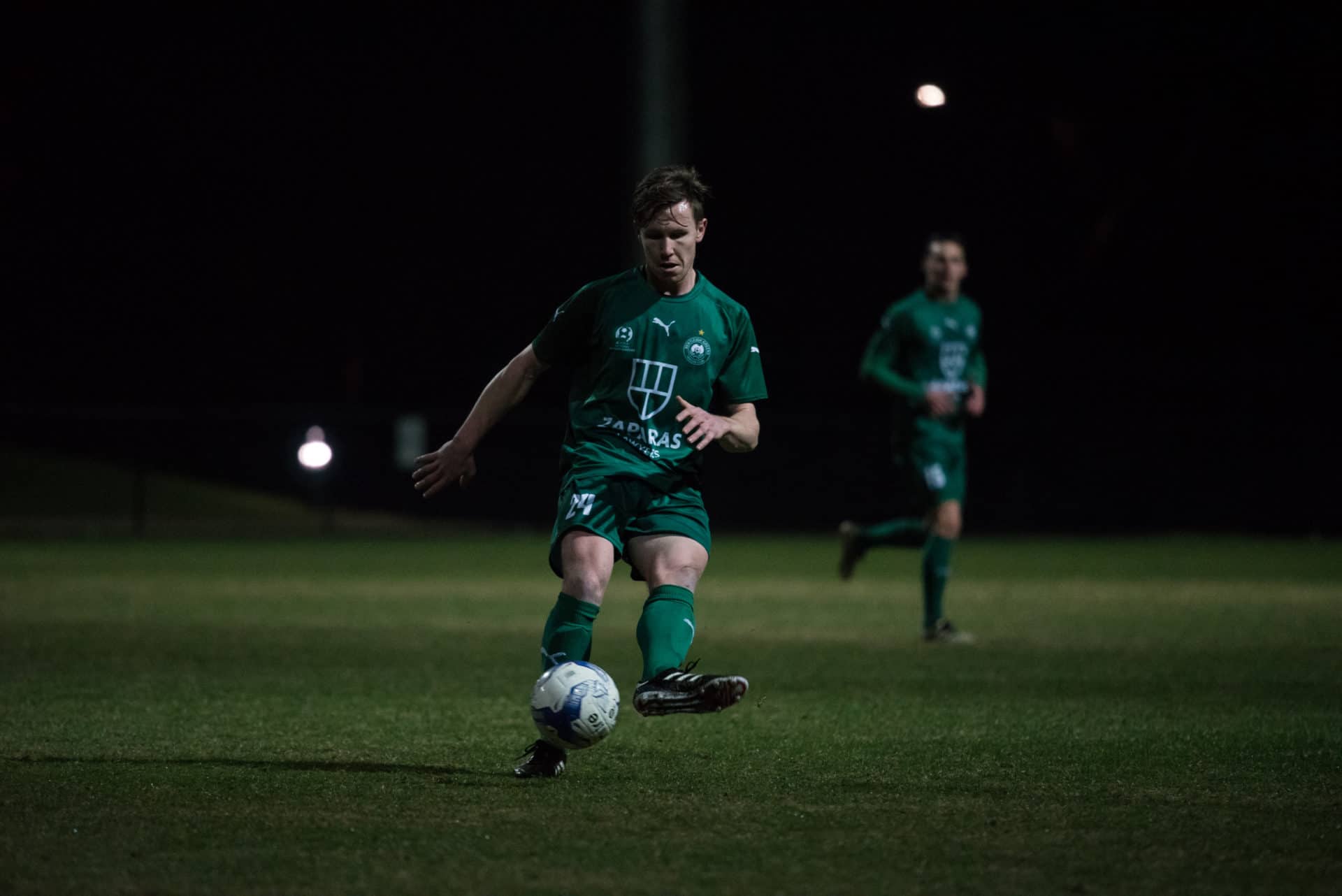 Second half goals from Troy Ruthven and Dimi Hatzimouratis salvaged a point against St Albans in what proved to be a frustrating afternoon for the Greens at Churchill Reserve.

Bentleigh struggled to work their way into the match in the first half and were punished.

“We weren’t good enough especially in the first half, second half we picked it up a bit and showed a bit of fire in the belly but it wasn’t good enough today.”

The disappointing beginning allowed St Albans into the game and led to Joseph Monek punishing the Greens with a nice lob on 29 minutes.

An improved intensity in the second half led to the Greens managing to turn the result around.

Troy Ruthven’s free kick on 48 minutes drew the Greens level and when Dimi Hatzimouratis tapped in his first goal for the club the Greens looked on track to record an important 3 points.

However, it wasn’t to be when Joseph Monek completed his brace on 82 minutes after a nice finish past Ryan Scott.

With games coming thick and fast for the Greens Anastastiadis emphasised the importance of performing well against every team.

“I think the boys know what is required, I think today was a good little kick up the backside to sort of say that if we are going to be up there we have to win games against teams in the bottom half of the table.”

Bentleigh now turn their attention to Kingston City at home on Friday night in NPL Victoria. Kick off at 8:15pm