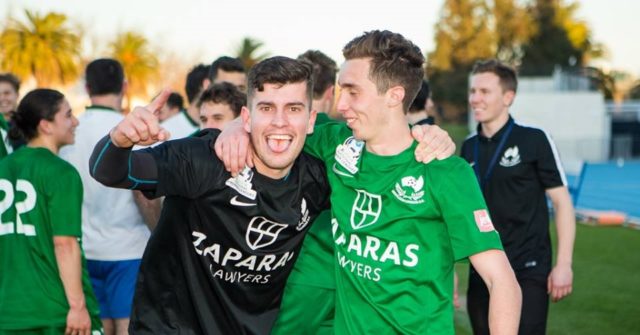 Bentleigh Greens SC is delighted to announce that it has re-signed five 2015 Championship winning squad members ahead the 2016 Victorian National Premier League campaign.

“It was important for us to retain a core group of our 2015 squad for next year,” Bentleigh Greens CEO John Ioannou said.

“We’re expecting to raise the bar next season and we’re confident our squad – with a few new additions – will deliver for us.”

The cohort joins Matt Thurtell, Chris Lucas, Jack Webster and Tyson Holmes who re-signed for the Club during the 2015 season.