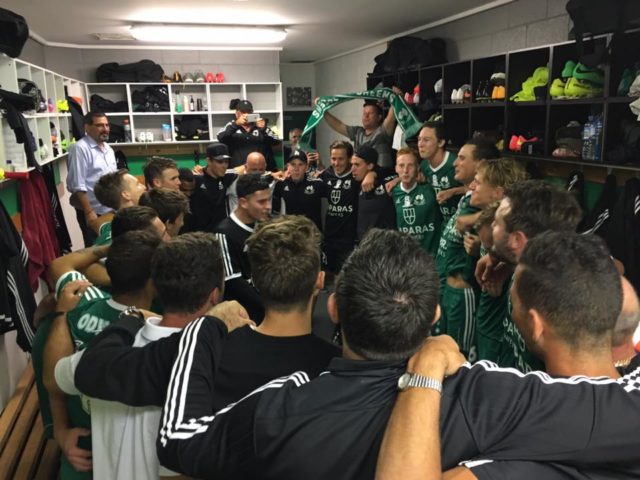 Bentleigh Greens SC is delighted to announce six new signings as the Club steps-up its preparations for the 2016 Victorian National Premier League Season.

Ridesic 19, returns to Kingston Heath after two years away with Melbourne Victory where the centre-back featured primarily in the youth side despite making a number of appearances on the senior bench.

The teenager made his breakthrough into senior football with the Greens two years ago, appearing four times before he was scouted by Victory.

Queenslander Brindell-South comes to Melbourne after spending the better part of the last two years with Wellington Phoenix after making his senior debut for Moreton Bay in 2013.

A stint at Lions FC in the Brisbane Premier League followed in 2015 with the 23 year-old comfortable in midfield and at full-back.

Goalkeeper Pierce moves north to Victoria after spending the last few years in Tasmania with South Hobart, establishing himself as the best shot-stopper in the state.

The 24 year-old, who is originally from the Gold Coast, will be hoping to continue his impressive form at the Club where he will compete with youngster Ryan Scott for the number one jersey.

The-20 year-old has representative honours to his name after featuring for the Australian Schoolboy’s squad in 2013.

The latter trio were all involved in the FFA Cup this season with their respective clubs and will be hoping to replicate their success in the competition with the Greens in 2016.

The Englishman netted on 22 occasions throughout 2015, finishing as the league’s highest goal scorer.

The versatile Williams joins the Club after spending the latter half of the 2015 NPL campaign with Oakleigh Cannons.

Capped at youth level for Australia, the 21-year-old can be utilised as a full back, centre half or defensive midfielder.

Williams also has experience across the Foxtel National Youth League with Newcastle Jets and Western Sydney Wanderers, before joining Heidelberg United in 2014.

“We’ve recruited very well in the off-season and we’re happy with how the squad is shaping only a week out from pre-season.”

“Bentleigh Greens SC set a high standard in 2015 and our recruitment policy has been employed to surpass last year’s achievements.”

“All six of the boys are exciting young players who are ambitious as individuals and will no doubt increase competition within the playing squad who are determined to add more success in 2016.”