Match Preview: Bentleigh Greens on the hunt for three points at Paisley Park 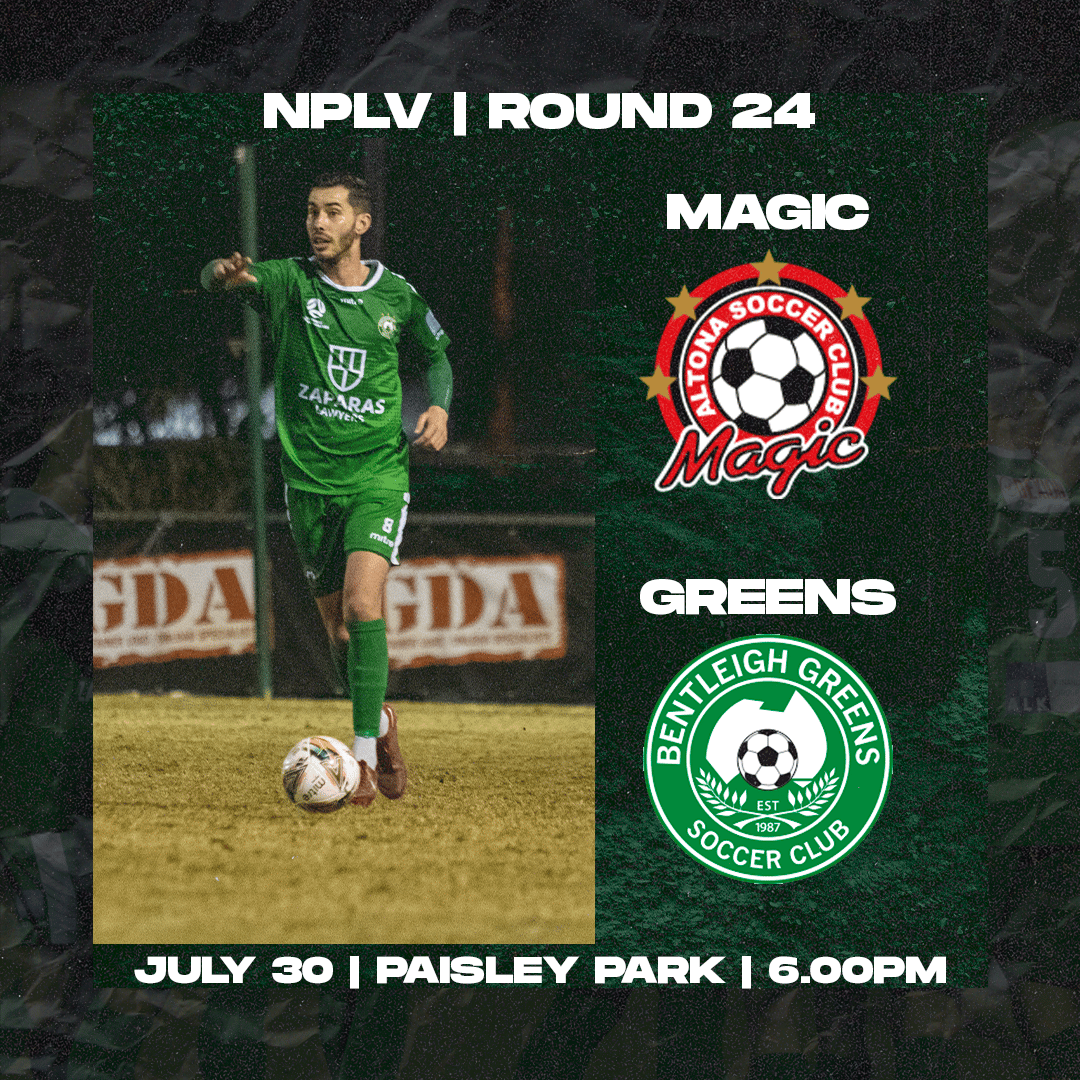 The Bentleigh Greens are heading west this weekend as they face yet another must-win NPLV match against Altona Magic.

The Greens are in impressive form in all competitions, but with just three games to play, their participation in the finals remains in the balance.

With games coming thick and fast, coach Nick Tolios has demonstrated exceptional man management whilst the players have shown incredible commitment to their wellbeing and recovery to ensure the Greens continue to fight on three fronts.

The Greens currently sit in fourth spot on the NPLV table but are level on points with fifth-placed Green Gully (which has a game in hand) and sixth-placed Heidelberg United.

Avondale FC is lurking outside the six, trailing by two points.

The equation for the Greens is simple, however.

The Greens were magnificent on Monday night, putting in an incredible performance to defeat the newly minted 2021 Premiers Oakleigh Cannons 3-2, a scoreline that perhaps flattered the visiting Cannons, who scored a late consolation.

The win did come at a cost, with Lucas Derrick suffering a hamstring injury, joining the likes of Yagoub Mustafa and Pierce Waring on the injury list.

Derrick scored the opening goal on the night but is unlikely to feature against Magic.

Mustafa did participate in the warm-up against Cannons, but this game is also likely to come too soon for the forward.

Thankfully, the returning Christian Cavallo hit the ground running in his first league appearance back with the club, scoring what proved the winning goal.

Altona Magic enters this game on the back of six-straight losses.