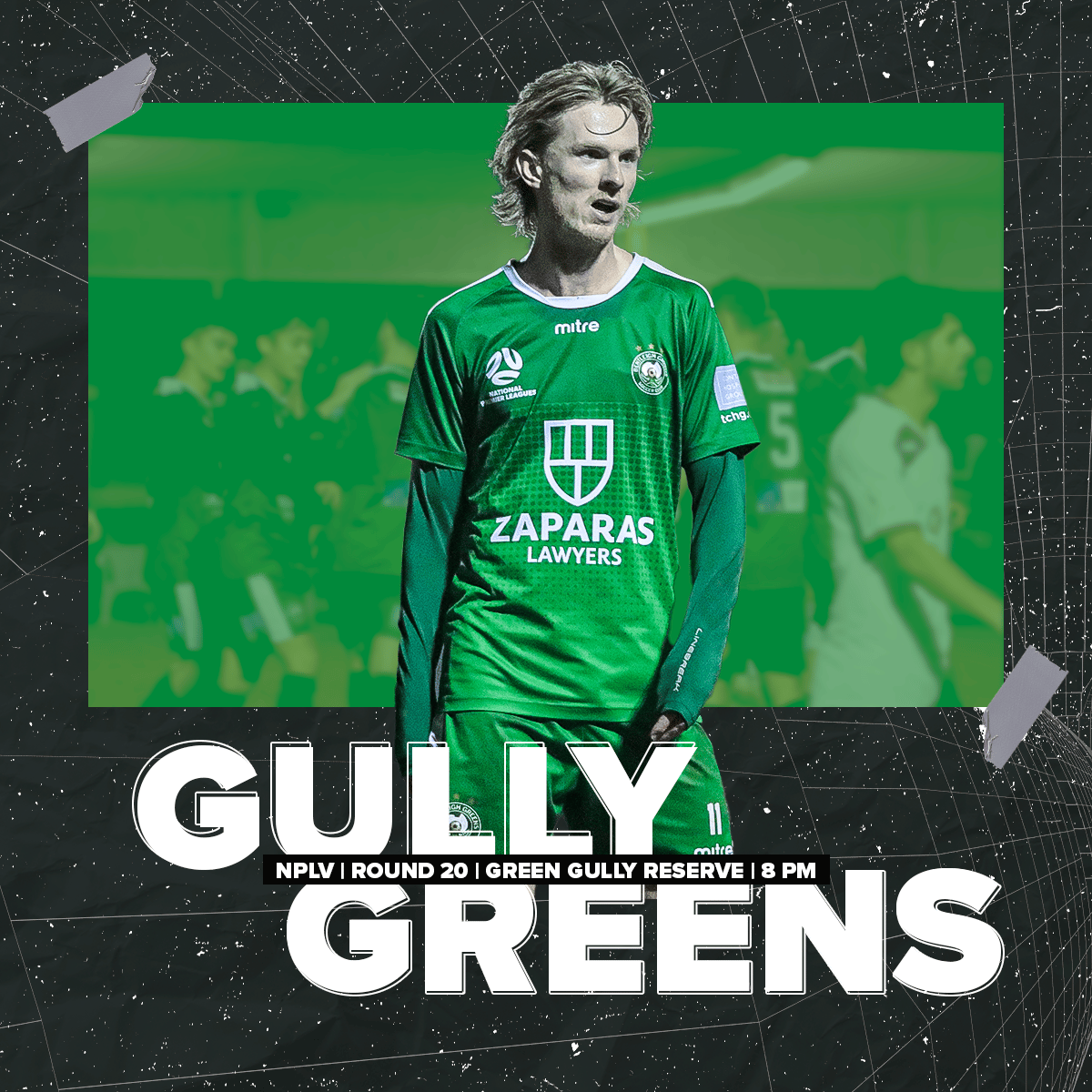 The Bentleigh Greens will head out west in search of an important three points on Friday night when they take on Green Gully in a huge NPLV clash.

The Greens have proven hard to score against in recent weeks, but goals have proven equally tough to come by at the other end.

Following two tough games against sides more than happy to sit back and take a point off the Greens, Nick Tolios will be looking to ensure his side maintains its defensive resiliency whilst finding a cutting edge in offence at Green Gull Reserve.

Bentleigh has slipped out of the top six in recent weeks having drawn consecutive games in the league against St Albans Saints and Hume City.

Gully, on the other hand, sits in fifth place, some four points ahead of Tolios’ side, having picked up credible draws against South Melbourne and Avondale and defeating Dandenong Thunder in recent weeks.

The home side will need to contest with an element of fixture congestion having had to play a Dockerty Cup semi-final play-off against Heidelberg United midweek.

Had Gully won, they would have faced Bentleigh in the cup semi-final, however, they went down 2-3 in a thriller at ADB Stadium.

A win for Bentleigh could see them leapfrog Heidelberg into sixth position temporarily, whilst also closing the gap on fifth-placed Gully.

Get down to Green Gully Reserve on Friday to support the boys in a crucial game for the club.