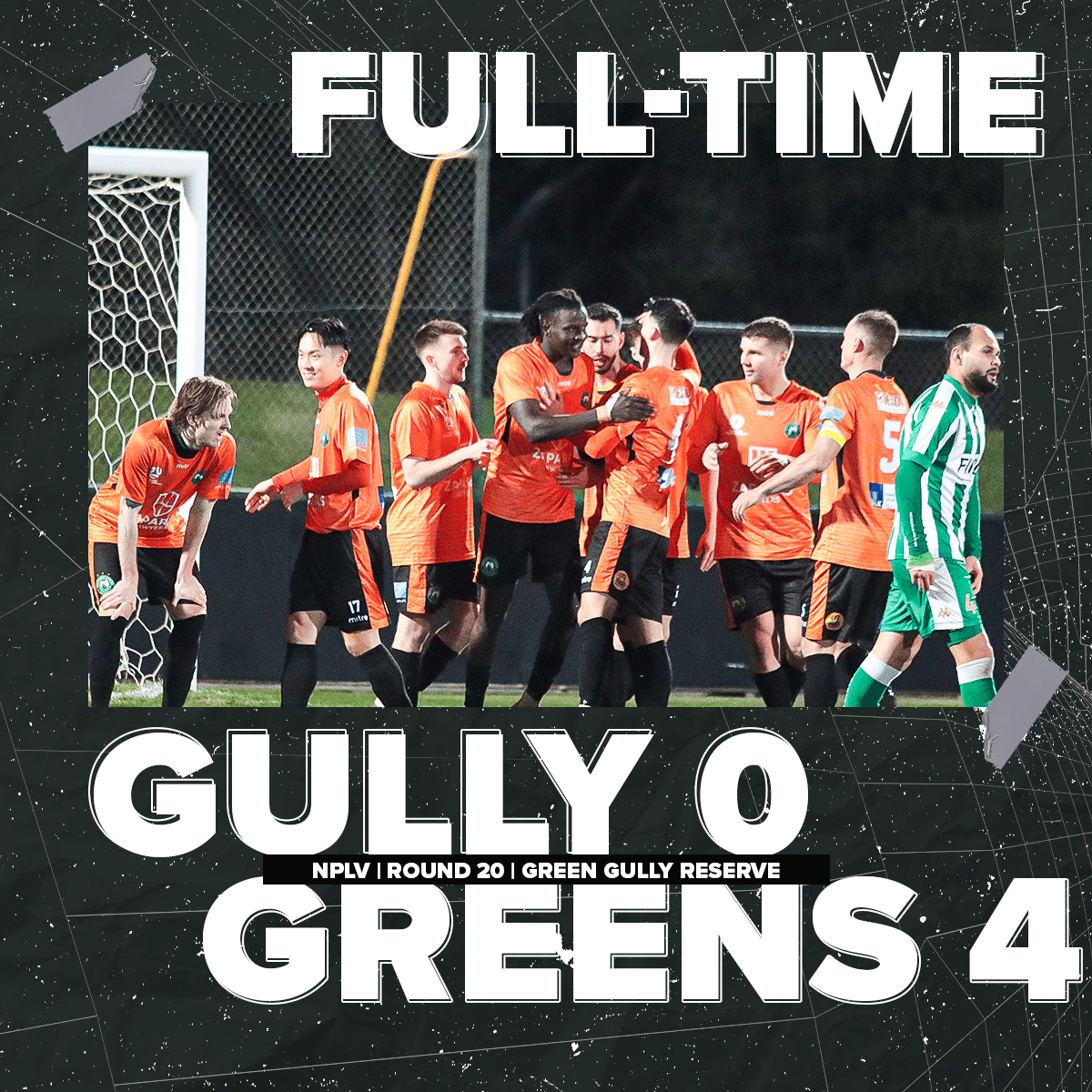 Gully simply had no answers to the high-intensity display from the Greens who ran hard all night to cover every blade of grass on the park.

Nick Tolios told his players in the lead-up to the game that recent results were not reflective of the quality within the squad and his players showed that a new sense of belief in themselves in a dominant performance from the word go.

Goals from Jack Painter-Andrew (2), Ajak Riak and an own goal sealed the win, but in truth, the score could have been even more lopsided in the Greens’ favour.

Lucas Derrick showed a sign of things to come in the fourth minute when his relentless running was rewarded as he charged down a clearance, recovered the ball and raced in on goal only to have his strike denied by a fine stop from the Gully goalkeeper.

With the Greens struggling for goals in recent games, the early goal would have been important to settle the nerves in the final third, but thankfully they didn’t have to wait long.

Painter-Andrews bagged his first when a missed clearance from the Gully defence allowed him a fantastic opportunity to sprint in on goal.

The forward showed remarkable poise to take the ball to the keeper before dinking it over his best sprawling efforts beautifully to give Bentleigh the deserved 1-0 lead.

In the 20th minute, Painter-Andrews saw another chance cleared off the line, before Riak went close in the 35th minute only to be denied by the keeper.

The second goal came in the 41st minute as Riak picked the ball up on the left side of attack, dribbling across the top of the box before finding Derrick with a lovely sliding pass.

Derrick took his man on and smashed a fierce effort on goal with the Gully defender smashing the ball into his own net as he tried to complete a difficult clearance.

Far from satisfied with the 2-0 lead at half-time, the Greens emerged from the tunnel in the second half keen to keep the good times rolling.

They had their third goal after just three minutes of play, as Derrick picked the ball up on the left side of attack and drove into the box. Another fierce, low cross from the wingman found Painter-Andrews at the far post, who was able to deflect the ball into the back of the net.

Riak’s hunt for a goal continued and he was presented two glorious chances in the 75th minute – both saved well by the keeper.

However, he would not be denied, finally getting his goal in stoppage time after Painter-Andrews laid the assist on a platter for the big man up top.

The win was an important one for the Greens who now turn their attention to Eastern Lions on Friday night.