Saturday
U14’s Boys 5 Ringwood 0
A great start for the boys in the double header weekend, who were without Coach Kosta due to illness. Starting off strong, Bentleigh scored their first goal in opening 3 minutes. From there Ringwood dropped their heads and from there the momentum never swung back. Holding a decisive 4-0 lead at halftime, the focus of the team became ensuring enough rotations to stay rested for the Sunday game. The key to Bentleigh’s goal scoring was pressure, which resulted in all of their goals. The biggest and best win of the season so far for the boys.
U15’s Boys 2 Berwick 0
A great win for the lads, in rare circumstances. One factor of the boys game Coach Pasq has been trying to improve on is finishing and taking chances. In a cracking first half start, the boys scored twice to take a 2-0 Halftime lead. The dressing room was full of enthusiasm and positivity, rarely does the team score early and take a lead into the break. Berwick came out firing in the second half, with two shots on target that were expertly dispatched by the Bentleigh goalkeeper, helping the boys kept control to cruise to a win.
U16’s Boys 4 Altona Magic 0
After weeks of tough results not going their way, the boys finally found their groove again with a massive win. Going back to their fundamentals of 1-2 touches on the ball and player movement, the boys stormed into halftime with a 4-0 lead. In training over the week, the squad focused on running patterns of the nine and ten (striker and attacking midfielder). Coach Sait asked the boys to talk more in the second half, instructing the boys to call out “you got time” when players are in space. A great turnaround for the team.
U18’s Boys 4 Eastern lions 1
The Under 18’s capped of a fantastic Saturday, squashing Eastern Lions. During the opening half, it surprised Coach Chris how much Eastern sat back, not expecting a top division team to be so defensive. First half was all Bentleigh, with Eastern Lions barely pressing the back four. Scored tied at nil all, Chris told the boys “we just have to score, they don’t want it”. Knowing that one goal would open the flood gates, he instructed the boys once you get in behind, keep driving at the defence. Bentleigh pilled on the goals in the second half for a fantastic win. 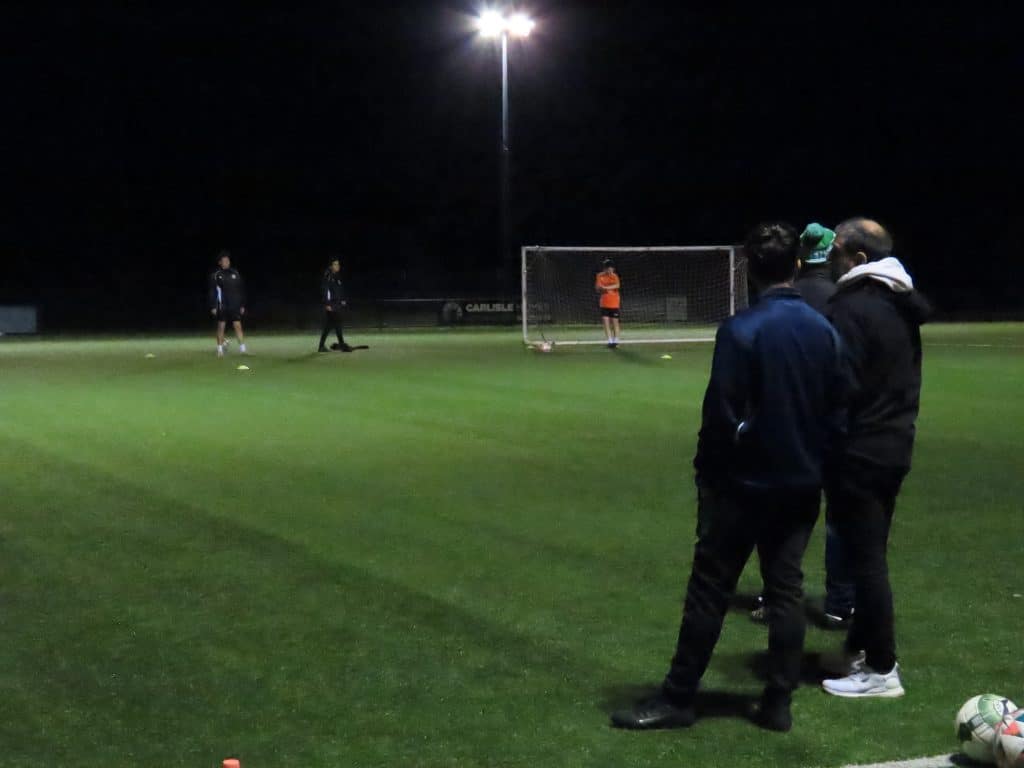 Sunday
U14’s Girls 2 Beaumauris 4
A tough result for the girls, who at one stage were down to only nine players on the field. Shattered by injuries, a lot of the girls played out of position but still put in a great shift. Coach Jasmine was unavailable, out with COVID, but a parent Ali stepped up to lead the side. Knowing the side was undermanned, all that interim coach Ali asked to see was the girls give 100% in the game. Down 1-0 at halftime, Ali told the girls to take risks so they can find a way back into the contest. Unfortunately due to unavailable squad members, the team seemed to run out of energy, leading to Beaumauris storming home.

U14’s Boys 3 Langwarrin 0
Coming of a massive win, the under 14’s boys were eager to keep their momentum rolling. Both teams showing signs of fatigue from previous game, the first half was dead even. Langwarrin took control of the second half early on, with eight shots on target in the first fifteen minutes. But one goal gave Bentleigh a huge momentum swing, who then proceeded to twice more in eight minutes. Players sensing Langwarrin’s heads drop after conceeding the first goal, they went in to kill the match by trying to score right after. Great job boys!

U15’s Boys 1 Port Melbourne 1
A tough game in which both teams were showing clear signs of fatigue. Coach Pasq knew his boys were tired, but asked them to give all that they had left today. Port Melbourne sat back in the first half, but came out strong in the second half scoring first. The boys clawed their way back into the game, scoring with fifteen minutes left to play. Coach Pasq was proud that the boys found the energy to score and draw level, when the team is clearly feeling the effects of the game before. Bentleigh came close, holding the momentum until the final whistle.

U16’s Boys 1 Port Melbourne 1
After four weeks of tough losses, Coach Sait asked the boys can they score another win and steer their season back on track. A scrappy game on a soggy pitch, no matter what the result would have been, it was an ugly one. Port Melbourne started strong, containing Bentleigh to their defensive half, making it hard to get the ball in the forward half. Port found the opener fifteen minutes into the second half. A particular Port Melbourne who had played for the seniors side was causing trouble in the midfield, after the player was man marked and shut down, the game turned on its head. Bentleigh found a goal midway through the half to share the points on the day.

U18’s Boys 0 South Melbourne 0
A tough game for the boys in very soggy conditions, holding their nerve under relentless South Melbourne pressure. South’s ball movement was quick and kept Bentleigh on their toes. The game seemed to de-escalate and slow down, as the referee was eager to call any foul he saw. The game became stop start, and South seemed to be happy for a draw. Two clear penalties weren’t given Bentleigh’s way in the second half, and worst of all a last minute, two on one goal scoring opportunity, was stopped by the final whistle from the referee.
U18’s Girls – BYE 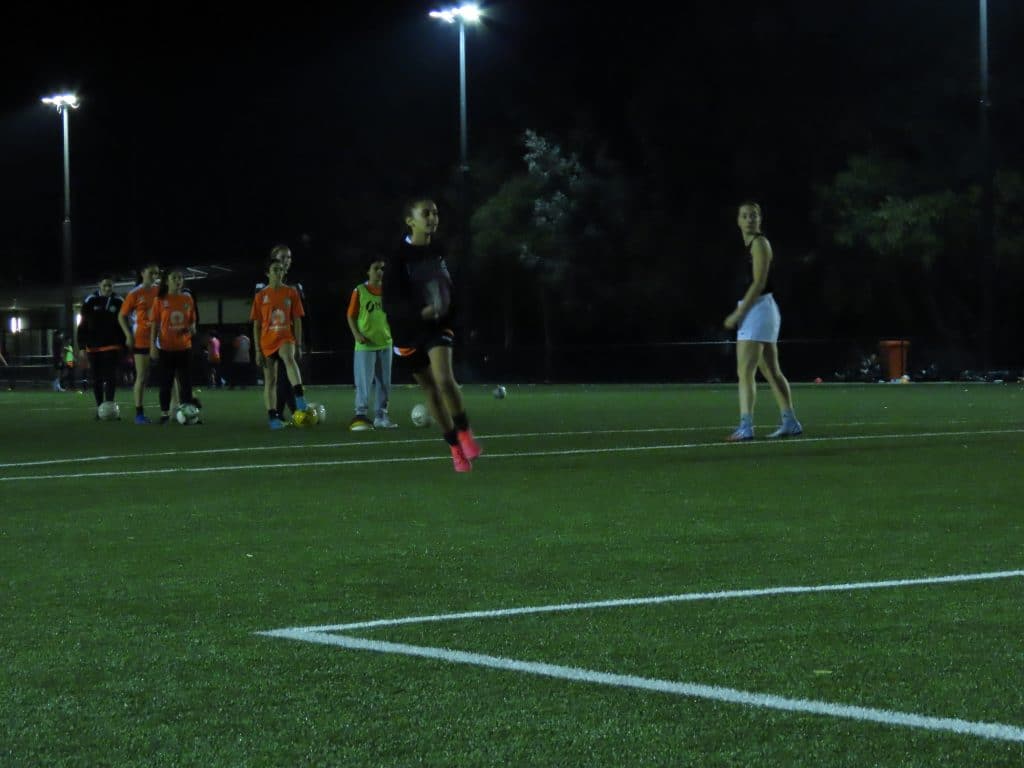