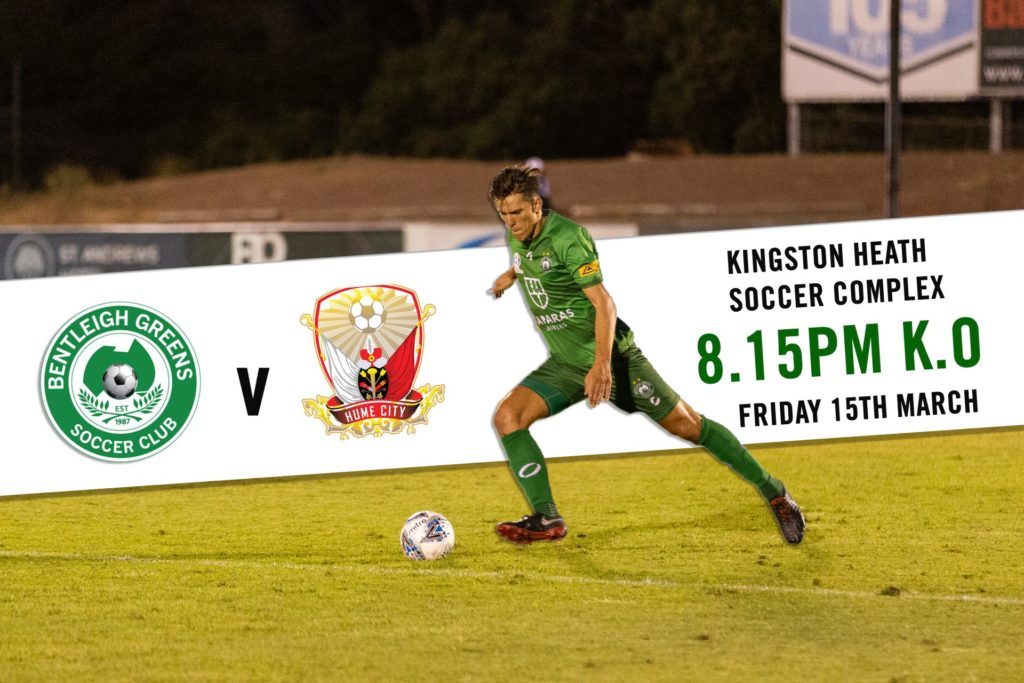 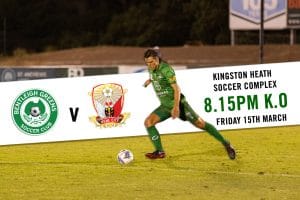 The Greens will be looking to return to winning ways when they face Hume City on Friday night at Kingston Heath Soccer Complex.

Bentleigh’s first league defeat of the year – 0:2 against the Melbourne Knights –  saw them slide to second spot on the ladder with nine points from four games. The Greens also failed to add to their goal tally last weekend after scoring at least three goals in each of their previous league games.

Hume City have enjoyed a great start to the season, winning their opening two games against Dandenong Thunder (4:0) and Oakleigh Cannons (1:0). However, they only got one point out of their last two games, drawing with Altona Magic (1:1) and losing their first game of the year against Heidelberg (1:2) last weekend.

The Greens took all six points from last season’s encounters between the two teams. In round 6, Bentleigh recorded a convincing 3:0 win at ABD Stadium through goals by Lucas, Mitrovic and Fry. The second game in round 19 was a hard fought battle, but Bentleigh eventually got over the line with a late goal from Matt Thurtell to get the 1:0 win at Kingston Heath.

Bentleigh will have to be wary of Hume players Mitch Cooper, Ersin Kaya and James Brown who have scored eight goals between them already after only four rounds.

Valentino Yuel will once again be a key player for the Greens. The winger has been a revelation in attack and – despite the loss – looked dangerous last weekend against the Knights when he hit the crossbar twice.

John Anastasiadis’ men will aim to put last weekend’s loss behind them and take all three points at Kingston Heath. It will be a difficult task however, as Hume have got the opportunity to go past Bentleigh on the ladder if they were to record an away win themselves.