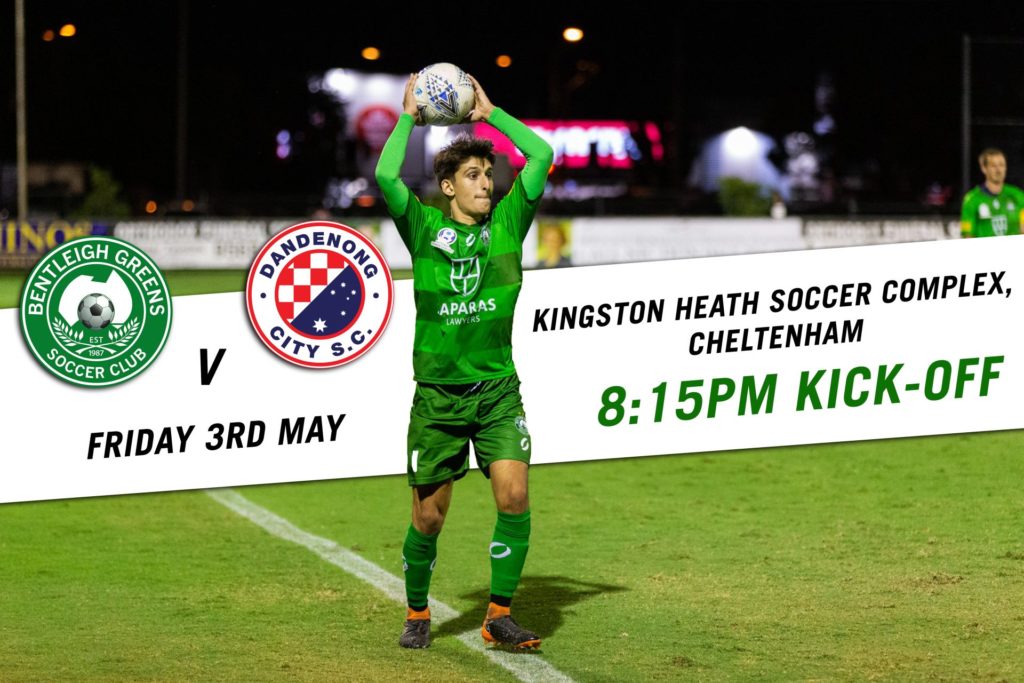 Bentleigh will be looking to make it 2 on the hop as they turn around quickly from Monday night’s victory over Kingston City when they face Dandenong City on Friday night at Kingston Heath. Since last playing at Kingston Heath in what was an unbelievable 3-2 win over Oakleigh, the Greens have struggled to find consistency, only winning 1 out of the last 3 NPL Victoria games.

It has been a similar story for the promoted City who haven’t managed a win in the league since round 4, when they defeated Green Gully 3-2. City will be hoping key recruits Mark Ochieng and Dean Piemonte can get the visitors firing.

For the Greens, talisman Valentino Yuel got his first 90 minutes under his belt in the league in over a month having come back from a groin strain. Yuel also managed to get his name on the score sheet on Monday night. Velibor Mitrovic also hit his first brace for the season and will be hoping that his form can continue into this week’s pivotal game with City.

In what can only be described as a mid-season ‘6 pointer’ both outfits will be looking for a strong performance. For the Greens, it’s an opportunity to start making up ground on the top 4 and for City they’ll be on the hunt for points to try and orchestrate a rise out of the relegation places.

Kick-off from Kingston Heath is at 8:15pm on Friday night.