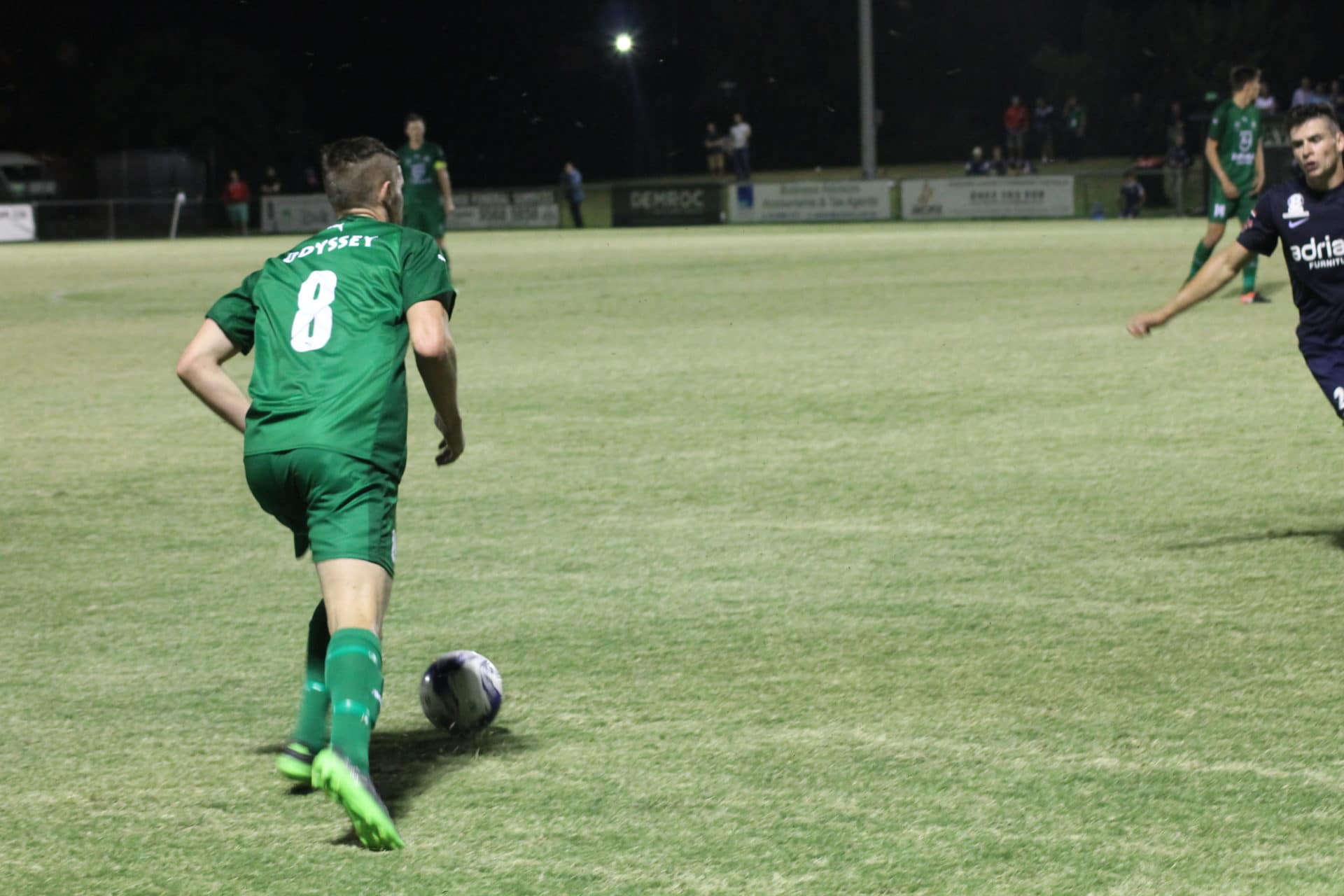 Late goals to substitutes Andy Brennan and Ben Litfin helped Bentleigh Greens fight back from 2-0 down to secure a 2-2 draw against Pascoe Vale FC at Kingston Heath Reserve.

The introduction of Litfin and Brennan in the second half helped to swing the game back in favour of Bentleigh.

Brennan’s goal came with 15 minutes to spare after a neat set up pass by Litfin, before the former took matters into his owns hand with a 30 yard screamer with just under 10 minutes before time.

Litfin went one better moments later as he lofted a wonderful shot from the left flank that caught the Pascoe keeper off-guard and sailed into the back of the net to draw the home team level.

The home team continued to push for a winner with the time that remained, but goals to Moustapha Quaynor and Davey Van’t Schip made the Greens pay for a disappointing first hour before the points were shared.

Despite having a significant amount of possession, Bentleigh coach John Anastasiadis signalled his frustration with the sides inability to retain the ball for large portions of the game.

“I thought we had a lot of the ball, a lot of the ascendancy but our final third let us down at times,” he said.

However, the Greens continued to fight and eventually created more clear cut opportunities to make it the second time in as many weeks that regning Dockerty Cup champions salvaged a result from a losing position.

The Greens next opponents will be Dandenong Thunder SC in round 4 of the Westfield FFA Cup next weekend.