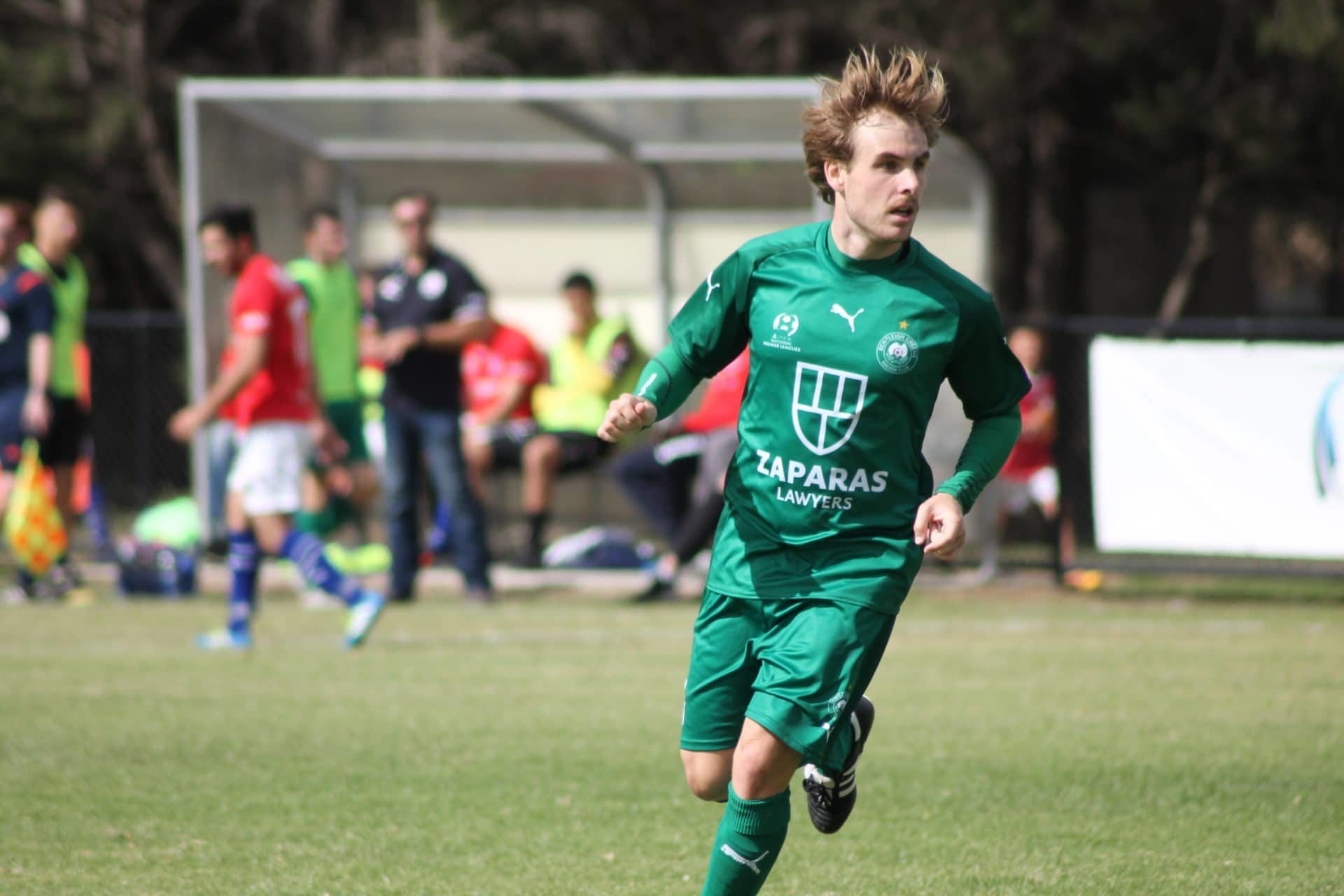 The Bentleigh Greens have come from behind in their 2-1 victory over North Geelong Warriors in the round two of NPL Victoria 2017.

Second half goals to Ben Litfin and Matt Thurtell were enough for Bentleigh to claim all three points after Andrew Doig put North Geelong ahead in the first half.

The match could have easily seen another three or four goals scored as both teams squandered opportunities in front of goal.

The Greens were made to rue their missed chances early on as Andrew Doig fired from distance to give North Geelong an early lead against the run of play.

And they could have stretched the margin to two as Bentleigh keeper Ryan Scott gave away a penalty for a challenge on Michael Anderson, receiving a yellow card in the process.

He made amends immediately though, saving the spot kick and the follow up to see Bentleigh end the half only one goal behind.

The second half began with Bentleigh again on the offensive, this time making the most of their chances with Ben Litfin smashing home from close range to restore parity at 1-1.

The Greens soon had a penalty of their own as Litfin was brought down in the box, and Matt Thurtell stepped up to slot home the spot kick to give Bentleigh the lead.

The game opened up after that goal with both teams creating a number of chances to add to the scoresheet.

North Geelong were given hope late on for an equaliser as Bentleigh defender Ross Archibald received his second yellow card in the space of five minutes and was sent from the field.

However, it proved to be not enough as Bentleigh held on to secure a 2-1 victory and maintain their unbeaten start to the season.

Following the match, coach John Anastastiadis emphasised just how important it is to pick up early season points.

“You strive to get as many points as possible, especially at the start of the season, because you know that teams struggling in the second half of the season will strengthen and be coming strong”