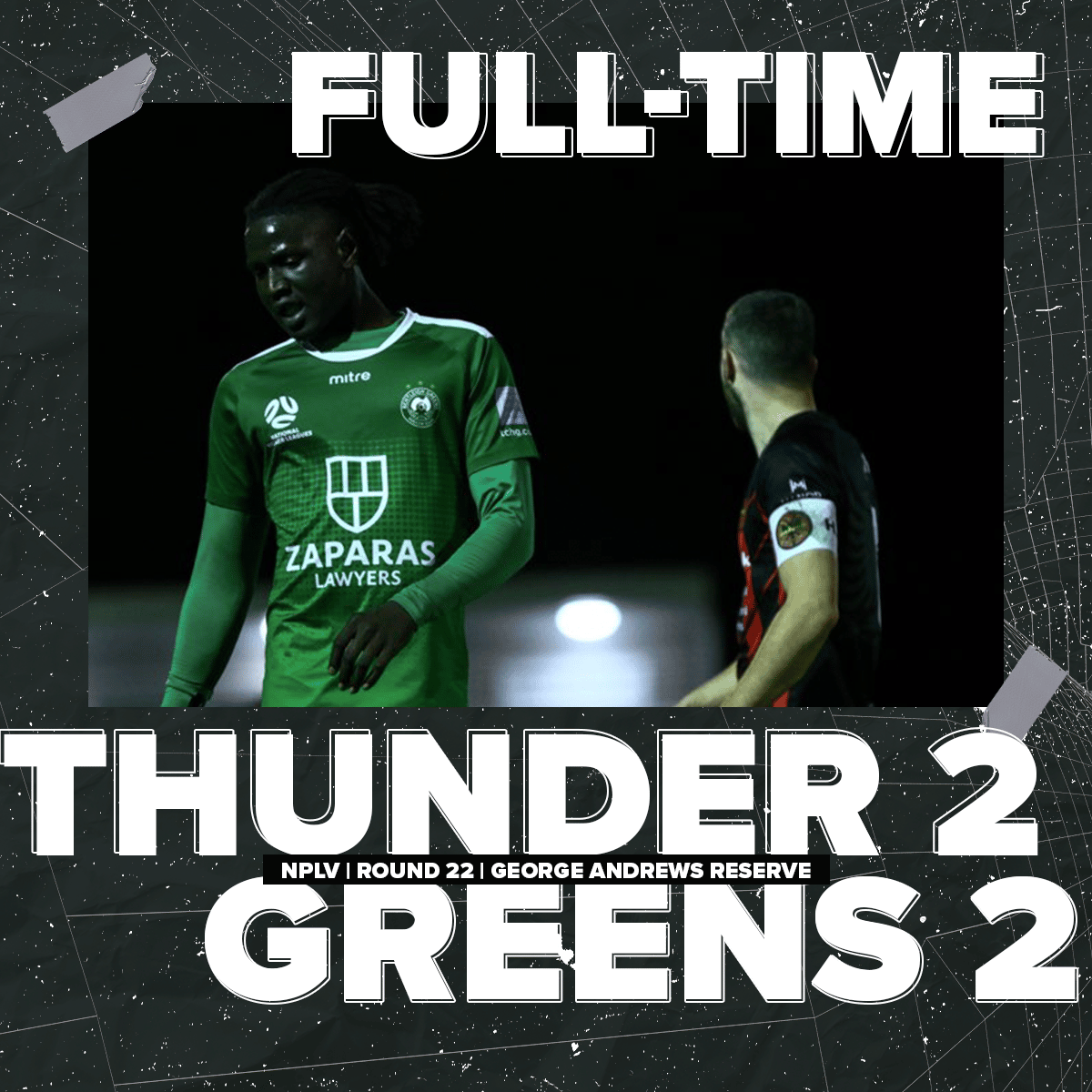 The Bentleigh Greens have refused to see their unbeaten streak snapped, putting on a stirring second-half comeback to earn a 2-2 draw against Dandenong Thunder at George Andrews Reserve.

Dubbed the Mitre Cup, the Greens fell behind to two goals in quick succession in the first half but recovered brilliantly in the second half to secure an important point from what seemed a hopeless situation.

The first-half goals came from Dandenong’s Anthony Frangie and Harry Ashcroft in the 25th and 28th minutes, respectively, after what had been initially a strong start from the visiting side.

With the fixtures piling up, Greens coach Nick Tolios opted for a slightly roasted lineup.

The Greens started the contest well and looked to dictate proceedings, but struggled to break down a disciplined Thunder defence.

Strickland had a chance from just outside the box, but he couldn’t hit the target in a period with a lot of possession but not many chances.

In the end, it was the Thunder who were more potent from limited opportunities and they hit the lead courtesy of a thunderbolt from Frangie on the 25-minute mark.

Ashcroft compounded the misery for the Greens just three minutes later, when he was found unmarked at a corner to double the Thunder’s advantage.

The Greens looked shell-shocked after the quick double-blow and struggled to make much of the remainder of the half, leaving Tolios with quite the team-talk at half-time.

Whatever he said seemed to work.

With a two-goal deficit to make up, the Greens came out firing against a stubborn Thunder defence that gave very little away.

To their credit, however, the Greens never seemed dissuaded or unconvinced that they could make something of the game, even as the clock crept into the late 70s, the Greens kept pushing forward.

Eventually, they got their reward.

The first goal came when Jack Painter-Andrews floated a lovely ball to the back post for substitute Alexander.

The full-back smartly headed the ball down back across the face of goal where Riak was waiting to hammer the ball home via the underside of the crossbar.

He would go onto equalise just eight minutes later when he was brilliantly found by a lovely reverse pass from Mitch Hore – another substitute.

The Mitre Cup Man of the Match Riak took the ball in his stride and poked it home to secure a share of the points.

In stoppage time, both sides had one good chance each, but neither could take it, ensuring the points were split on the night.