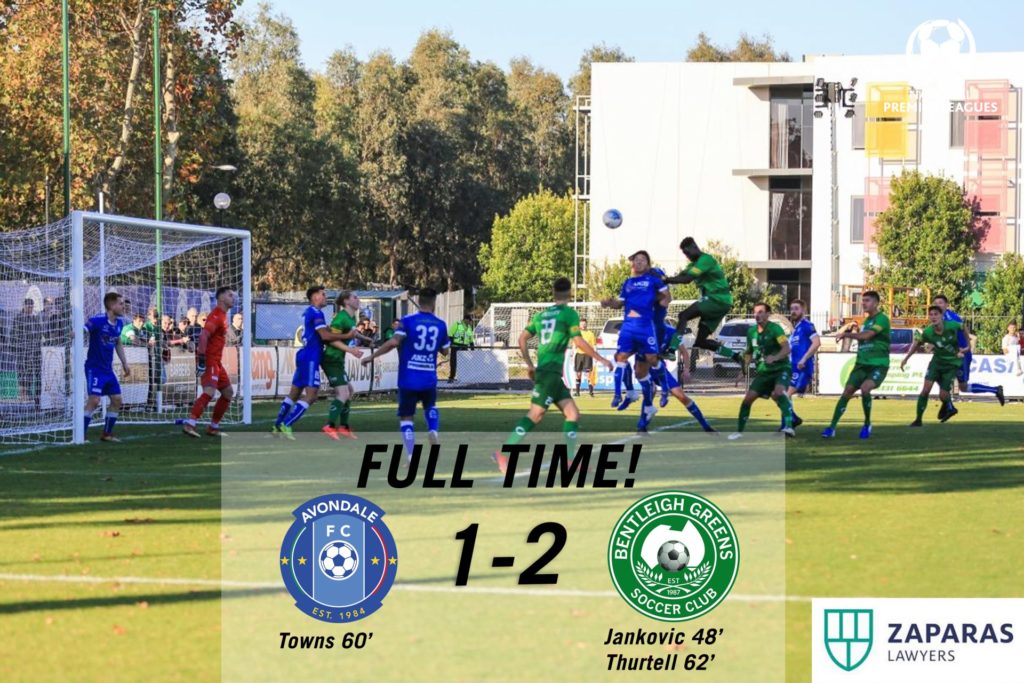 Bentleigh travelled to Parkville on Saturday afternoon to take on the undefeated Avondale at Avenger Park. A tight opening half saw very few clear cut chances for either team. Tyson Holmes had Bentleigh’s best chance in the 1st half as he volleyed a Velibor Mitrovic cross narrowly wide of Chris Oldfield’s far post. For the hosts, Liam Boland had an opportunity to put Avondale one to the good but couldn’t beat Ryan Scott with his effort. The sides went into the sheds after a very even first half at 0-0.

3 minutes after the interval it was Johnny A’s men who went 1-up. Jacob Alexander put his pinpoint corner on to Marco Jankovic’s head, who had lost his marker and he made no mistake burying his free header past Oldfield. 12 minutes later and Avondale were level when Yitay Towns’ looping effort from an Avondale corner floated over Ryan Scott’s head and snuck inside the far post. Bentleigh then took the ascendancy 2 minutes later when the Greens were afforded too much time in midfield which lead to George Lambadaridis getting through down the left channel, he scuffed his shot but poacher Matt Thurtell made no mistake in his first game back from injury firing Bentleigh into a 2-1 lead after the ball fell to him inside the 6 yard box. 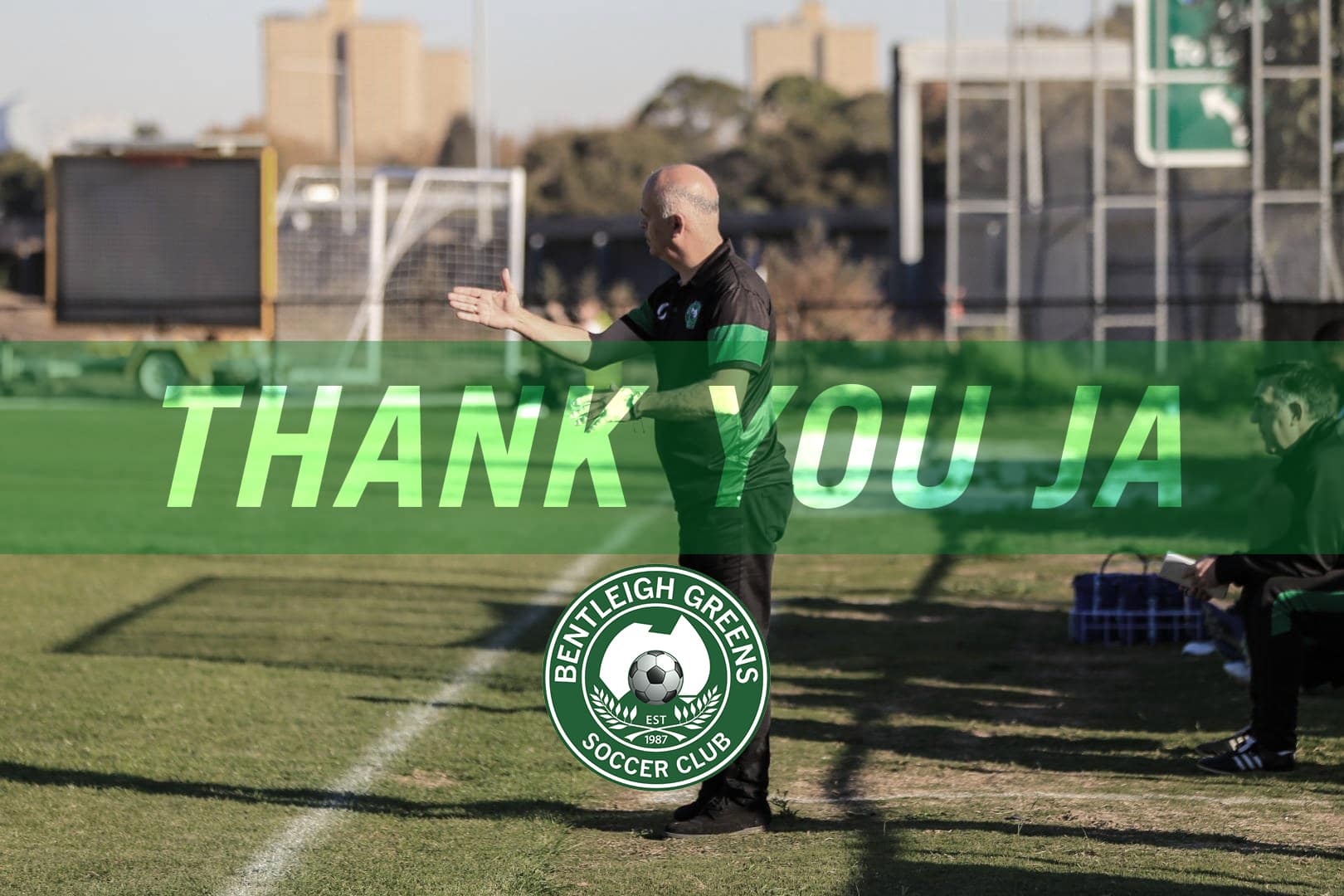 The league leaders then had a golden chance to restore parity once again when Scott and Webster couldn’t sort themselves out, Avondale attacker Tasuku Sakiya almost swooped on the mistake but Webster was able to stick his toe in and clear for the Greens. The 65th minute saw the introduction of new Greens attacker Futa Nakamura. The Japanese import was almost instrumental in setting up a 3rd Bentleigh goal when he played Valentino Yuel through on goal however the winger narrowly missed the left hand post. 2-1 it stayed until the ref blew his whistle, Bentleigh handing the Avengers their first loss of the season.

Post game, coach John Anastasiadis said ‘it was a complete a perfomance as we’ve put out this season.’ ‘We gave the boys a new system to put in place in this match and they (Avondale) had no answers, it was a great result.’

This week’s match against Avondale was John’s last match in charge of the Greens as he now moves on to Western United in the A-League where he becomes and assistant for the new franchise. We wish John the best of luck in his new venture and look forward to seeing him in the future.

Next week the Greens travel to Lakeside Stadium to take on bitter rival South Melbourne at 4:00pm on Sunday afternoon.