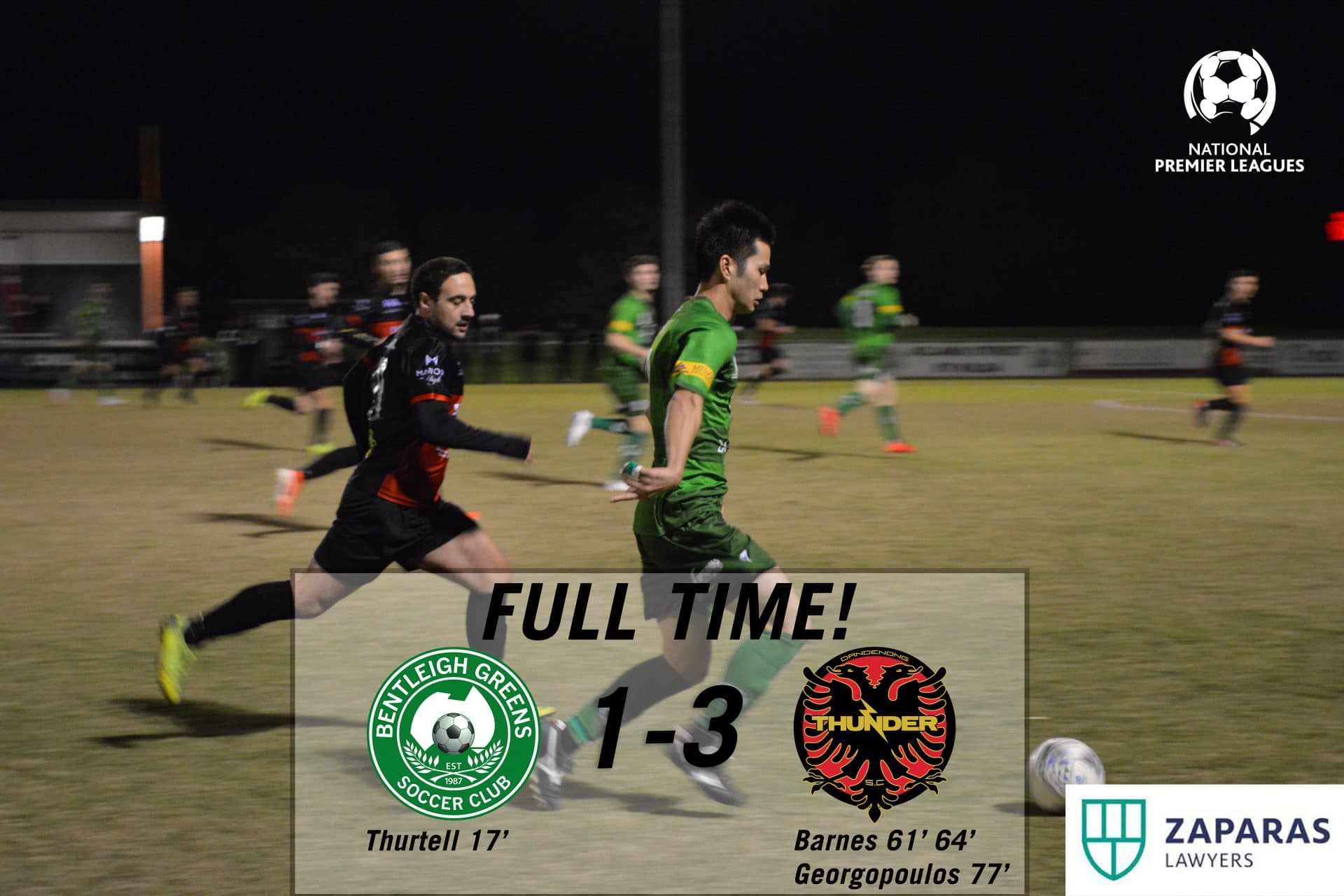 Bentleigh hosted Dandenong Thunder at Kingston Heath Soccer Complex on Friday night hoping to close the gap on 1st place to 2 points. The hosts got off to the perfect start after 17 minutes when Jacob Alexander’s long throw into the box was flicked on to Matt Thurtell by Marco Jankovic who made no mistake putting the Greens 1-nil up. It was well deserved for the Greens who dominated the play up until that point. The chances kept flowing for the Greens an import Futa Nakamura had a goal of the season contender kept out by the post. Bentleigh took their 1-0 lead into the sheds.

The Greens opened the 2nd half pressing early and had a number of efforts going narrowly wide or being blocked on the line. The script flipped on the 61st minute when Thunder striker Brandon Barnes capitalised on a Bentleigh error and arrowed his right footed shot past Ryan Scott from the edge of the box. 3 minutes later and the Thunder had the lead when another Bentleigh error lead to Barnes picking up the ball outside the box and blasted an absolute cracker past Ryan Scott. On the 77th minute Dandenong’s comeback was complete when Ioannis Georgopoulos’ swerving right footed shot beat Scott, the Bentleigh keeper got a hand to his effort but couldn’t keep the ball out of the net. Dandenong thwarted Bentleigh’s attempts to get back into the game for the last 10 minutes and held on to claim a 3-1 win that does their chances of survival no harm.

The Greens will attempt to get back in the winners column next weekend when they take on Oakleigh Cannons at Jack Edwards Reserve next Friday night.