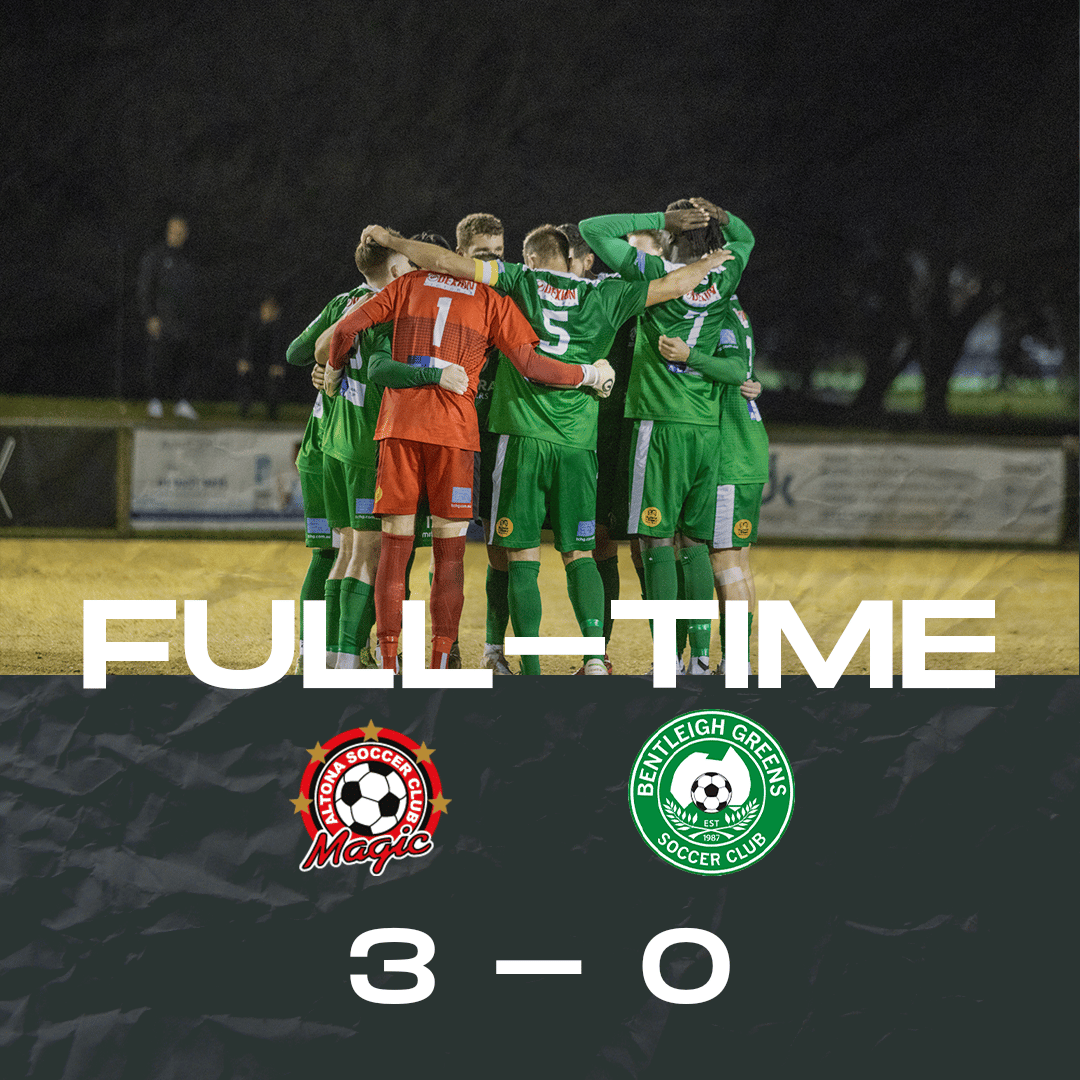 The Bentleigh Greens’ amazing run of form ended on Saturday night, as the Greens went down 3-0 to Altona Magic.

Nick Tolios’ side had been one of the form teams in the competition heading into Saturday night’s game at Paisley Park, but after back-to-back high-intensity games, the boys couldn’t find their usual levels as the Magic fought desperately for the three points.

The silver lining is that the Greens’ major threats to finals football also dropped points.

Goals from Lars Anton Kinnander, an unfortunate Danny Kim own-goal and a second-half strike from Cherif Aidara secured the win for the Magic.

Senior Coach Tolios was reflective post-game, acknowledging that the result would prove a welcome wake-up call to his players.

“We’ve been in such good form, and we’ve played so many big games in recent weeks, we just couldn’t get to those same levels on Saturday,” he said.

“It’s a wake up call. We’ve had a lot of good results, but this reminds us that there’s still plenty of work to do.”

The result sees the Greens drop to fifth-place with two games remaining, level on points with Heidelberg United in sixth and two points ahead of Avondale FC in seventh.

First, however, they prepare for Oakleigh Cannons who they face in the Dockerty Cup final this Sunday at Lakeside Stadium.