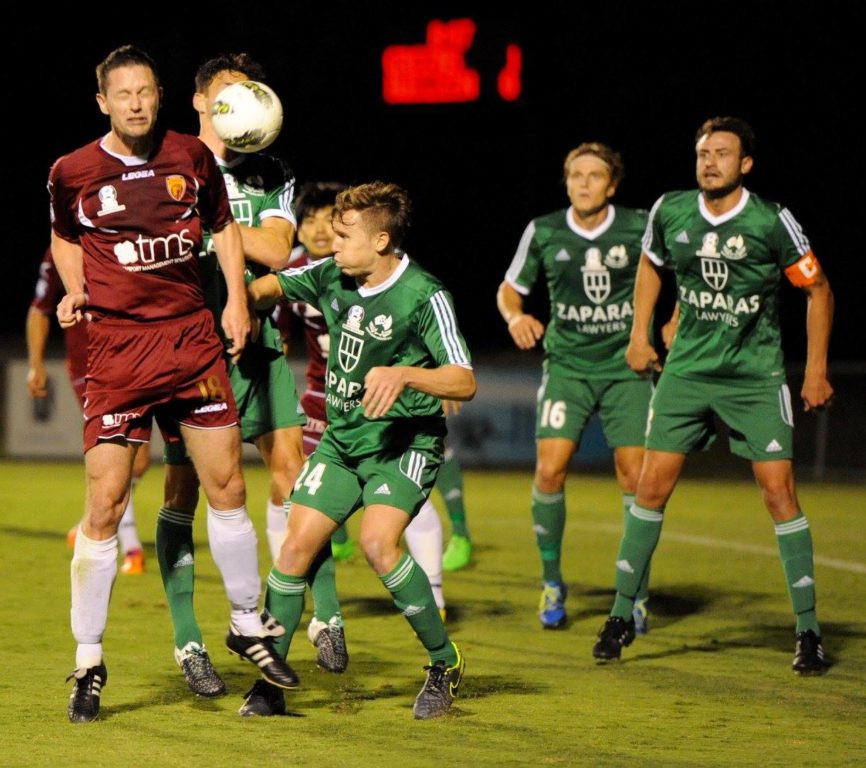 Bentleigh Greens has kicked off its title defense with a tough 1-0 victory over newly promoted Bulleen Lions at Kingston Heath on Friday Night.

An early Tyson Holmes strike was enough to see off the visitors, who were resolute in defense and had chances themselves to steal a point off the 2015 NPL Champions.

Fresh off a 3-0 victory over South Melbourne in the Community Shield the week before, Bentleigh were quick out of the box, scoring within four minutes, as midfielder Holmes produced a tidy finish into the bottom left.

The home side settled into their groove as they controlled the game for most of the first half with decent build-up play out wide courtesy of full-backs Josh Brindell-South and Luke Pilkington.

Bulleen’s best chance of the match came in the 38th minute with midfielder Takanori Nishimoto striking the post, having earlier been denied by Greens’ keeper Ryan Scott from close range.

Bentleigh were able to see the second half out without too many problems as they kicked off their quest for back-to-back titles.

The Greens are back at home this weekend, welcoming Richmond SC on Friday night with kick-off at 8:15pm.